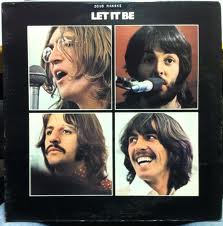 Let It Be – The Beatles

Lennon and Mc Cartney are the two authors of “Let it be”, a song that can be considered among the top five rock songs ever written (at least due to the large audience that it reached over the years).

It was their last song before, first John and then Paul, left the band.

Paul was inspired by a dream that he had about his mother (that died when he was young); she apparently was reassuring him about the fact that everything in the life of the singer was going to be all right……she suggested to just let it be..

Even their last album was named as the song, it has been released by The Beatles back in 1970 and was the 12th of the band.