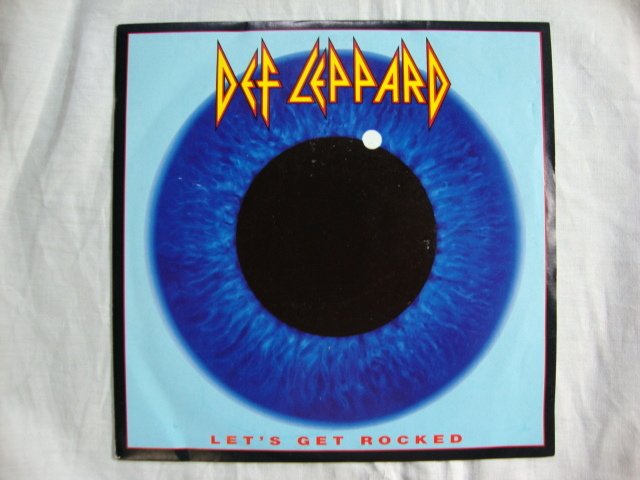 Our first article on Def Leppard, a band that went trough several challenges during their long career and that is definitively  one of the most important English rock band in the history of the hard rock/heavy metal.

Joe Elliott is the only founding member of the band still playing for the band.

Their original name was Deaf Leopard, then re-changed and re-adapted in order to sound less punk as possible.

In fact, Def Leppard is pure Heavy Metal able to be as successful in UK as in USA……the band has sold over 120.000.000 copies of their albums worldwide.

12 albums were released duing their 35 years of career, the last one in 2011 “ Mirrorball : Live and more”….the band is still touring and they are still full of energy.

The last live we saw was during the “opening night” of the recent movie/musical “Rock of Ages”….they play amazing!

“Let’s get Rocked” is one of their major famous songs, part of their fifth studio album “Adrenalize” and first single released (in 1991)from it.

During the life of the band two major challenges had to be overcome: the death of their guitarist Steve Clark (apparently due to mix of drugs and alchool) and the loss of an arm of their historical drummer (still playing – an example for everybody) Rick Allen.

All the band contributed to write the lyrics together with Joe Ellis, the song has been ispired by the famous Bart Simpson that never follows the rules like Joe did when he was young.

It is like, nobody can rule my life, I’m the only one deciding what to do and when to do…….with the rock and roll!!

Joe will say in an interview that only people from Sheffield (where a lot of band members are coming from) can really understand the song………anybody from there?