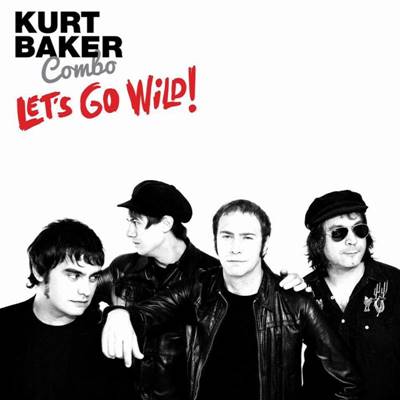 Usually, the lyrics come last when I’m writing a tune. Sometimes i’ve got a song idea that has a specific lyrical theme, but it’s rare that I have the lyrics written before the melody. Sometimes i’ll have one phrase, often times a lyric hook to a chorus that I build the rest of the song from, but 8 times out of 10, i’ll start writing a tune with a melody line which I’ll later form into singable lyrics. Lyrics don’t come easy for me, and so i’ve often loved working with collaborators. I find that when you are writing a song with another musician, the music definitely has the ability to go to new directions.. musically and lyrically, and i’ve always enjoyed collaborating with other songwriters.

For me it’s always been a good melody, a catchy hook and a rhythm that has a feeling. It doesn’t matter if it’s a fast song or a slow one, but if it’s got that natural groove and it’s got a bit of urgency, man.. that’s when it’s cooking!

No… not really. If anything, music is a great medium for expressing thoughts and emotions from my life in the past, to the present and onwards. The wonderful thing is that when you’re writing a song, it’s completely unique, it’s a personal creation, and there isn’t any other song that is 100% exactly like that. Nobody is shining a light in your eyes and demanding that you share all your life’s secrets and all your emotions when you put out a record. With songwriting, you have the ability to be creative and express yourself in the way that you want it. That’s a great part of making music.

I’m not really sure what my best lyric is. It probably hasn’t been written yet, I’m always trying to improve. There is this one song called “Partied Out”, and the lyrics go something like..
“Whiskey, champagne, beer and Twisted Tea
Mixing up inside of me..”

Back then we were really into drinking Twisted Tea. Some people love it, some people hate it. Anyway, when we were writing and recording the album “Brand New Beat”, which features the song “Partied Out”, there was always a bunch of Twisted Tea’s in the fridge. Well, you can imagine my surprise when one day I received an email from Twisted Tea saying that they really loved the song. They sent us a bunch of great Twisted Tea schwag, like koozies, hats and sweatshirts. That was awesome! I live in Spain now, and it’s impossible to find Twisted Tea, but that’s probably a good thing.

Foolish Stuff is a song about giving up your bad habits. It’s about a life of doing foolish things, then realizing at some point ya gotta grow up.. a least a little bit. I’m 31 years old, so I don’t think sniffing glue is something I should be doing anymore. Also, getting the cops called because you’ve got the music playing way to loud, well it get’s kinda embarrassing if it happens on a weekly basis.

“So Lonely” is actually a cover song, the original is by a Swedish band called The Radio. When I first moved to Spain I discovered their record in used vinyl bargain box and I took it home and fell in love with a handful of tracks. “So Lonely” was one of them. It’s a song about being lonely. I guess we all feel that way sometimes. It’s a relatable lyrics. I’m a big fan of relatable lyrics.. it’s important to be able to make a connection with the listener. Maybe as the songwriter, you aren’t personally going through the same thing as the listener, but if you can transcend an emotion through song and make that kinda connection.. it’s huge. It’s a personal part of loving music.

I’ve played some amazing shows with thousands of people in the audience, and i’ve also played some shows to the bartender. Sometimes it happens back to back. Rock N Roll is all about ups and downs, and i’ve had too many ups and too many downs to keep count, but the truth is that i’m very very fortunate and lucky to be playing music. I would never give it up for the World. I hope that things keep on going on the up and up, and I’m still lucky enough to have the opportunity to write, record and perform music in the future.

The KB Combo is going to be continuing to tour and play a lot of gigs.. we’ve had a busy year already touring around Europe, but we are planning on doing an East Coast tour of the USA in November. This Summer we will be playing a few great festivals in Spain. We’d love to get to Australia and Japan at some point.