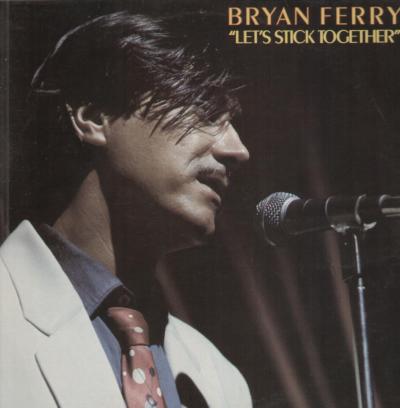 Brian Ferry, the most elegant rocker that the world had ever known, now 68 years old is a very famous musician , singer and songwriter from UK.

He created the famous art rock band called “Roxy Music” in 1971, he spent two years with them and then started a solo career that continues till today.

You would say: what is art rock? Well, art rock is a new way of doing rock and roll originary from London in the seventies; it is made by a fusion of rock and roll with classical music and blues, its lyrics are usually full of poetry , very political and philosophical.

During their career they did eight studio albums, the last one called “Avalon” dated 1982, while Bryan Ferry released 14 additional studio albums

The third one of 1976 is called “Let’s stick together”as the song that carries the title of an old song (1962) made by Wilbert Harrison.

Wilbert Harrison was a rhythm and blues singer and musician originary from USA he released initially the song “Let’s stick together” but wasn’t so successful, he tried again with “let’s work together” (changing slightly the lyrics) and , unexpectedly, he hit the chart.

The song talks about a woman that apparently is about to leave his man and he tries to convince her to stay saying that they made for each other and than they cannot split.

It looks like the man is imploring her, most probably he made her very upset, maybe he cheated on her?

What do you think?