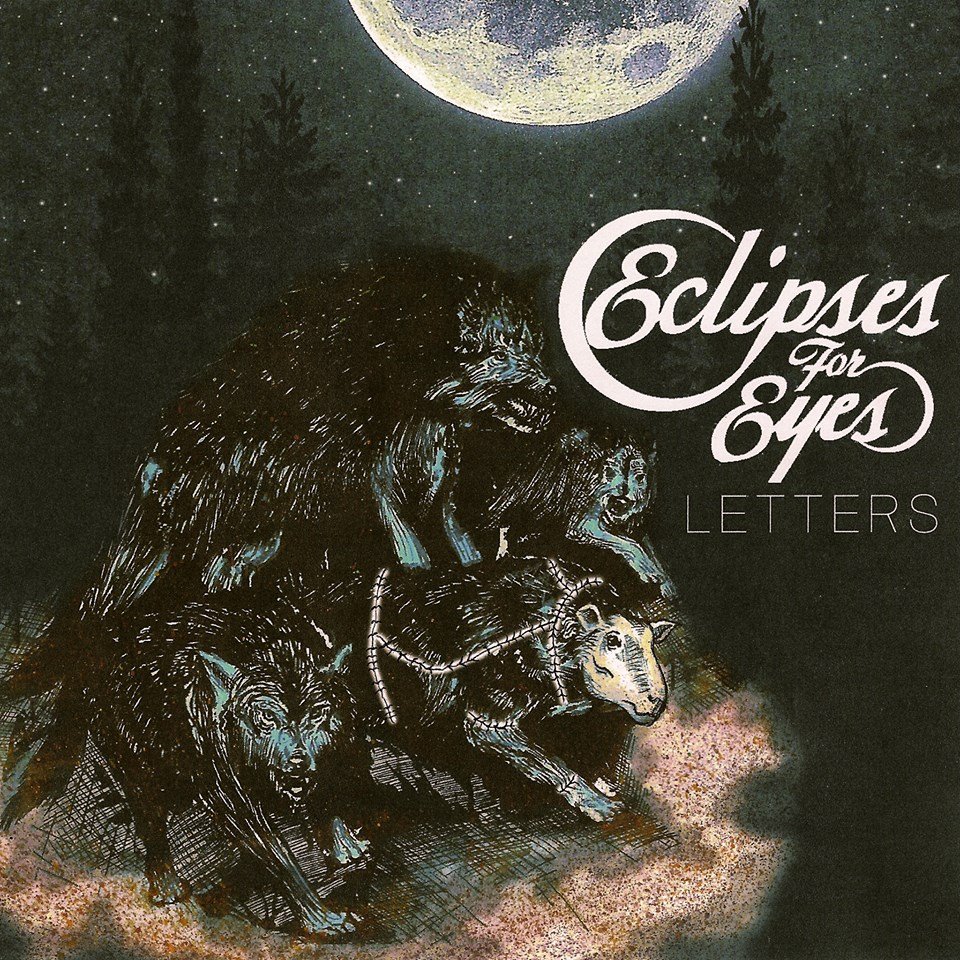 RYL: Tell us about the new album “Letters”, what it means for you?

Eclipses for Eyes : When the writing process for the EP started, I lost someone very close to me to suicide.

I spent days with him in the hospital, writing letters to him for when he woke up. The title track “Letters” is about that.

The rest of the EP ended up being letters to myself and other people. It only seemed appropriate to title the EP that. “Letters” EP is a handful of messages, its communication, and reminders.

RYL: We love “Sharks”, what inspired it?

Eclipses for Eyes: It’s going to be almost impossible for me to answer this without calling anyone out!

Basically, there was a person in my life that I wanted to please.

I did everything I could to try to make them happy but it never seemed like enough. One day I thought to myself, “I don’t deserve this” and wrote “Sharks” There comes a point when you have to start living for yourself and writing “Sharks” really helped me with that.

RYL: How did you write “Sonder” ? What is the meaning of this song?

Eclipses for Eyes : I was inspired to write the song when I found out about the word and its meaning. “Sonder” is the realization that everyone around you is living lives just as elaborate as yours.

I think about all of the crazy things that have happened to me in my 20 years on earth and become overwhelmed that there are people who have lived 3xs as much life! I was really missing someone that I had lost and sometimes I wonder how many people know exactly what it feels like.

I think about how many people would give anything to inform the world of a person’s greatness.

So I wrote “Sonder” for the person I lost, letting them know that I miss them and I don’t have to go through any of this alone.

Eclipses for Eyes : I write when I’m inspired and usually that is when I am upset about something. That may seem strange, but I think writing when I feel like no one can relate is a good thing because it lets people who are feeling alone know that they aren’t.

We’re in this together!

Eclipses for Eyes : This is such a difficult question because my songs are like my children and I love them all equally! However, if I had to choose, I would go with the first verse in “Letters” because it was so hard for me to open up that much. It’s such a personal song and I am very proud that I was able to get it out.

RYL: Going back to the song that gave the title to the album “Letters” , do you remember the day you wrote it?

Eclipses for Eyes : I do remember that day. I felt so defeated and I had no idea that one day with my notebook could result in an EP that I am more proud of than anything else.

RYL: You have 1$ to spend in music, which song would you buy?

Eclipses for Eyes: I would buy Bohemian Rhapsody by Queen because it would give me the most “bang” for my literal buck!

RYL: When you will be touring?

Eclipses for Eyes: We hope to be touring at the end of this year and throughout the upcoming year!

Eclipses for Eyes: Ever? That is a big one. There are so many to choose from! “You Give Love A Bad Name” by Bon Jovi