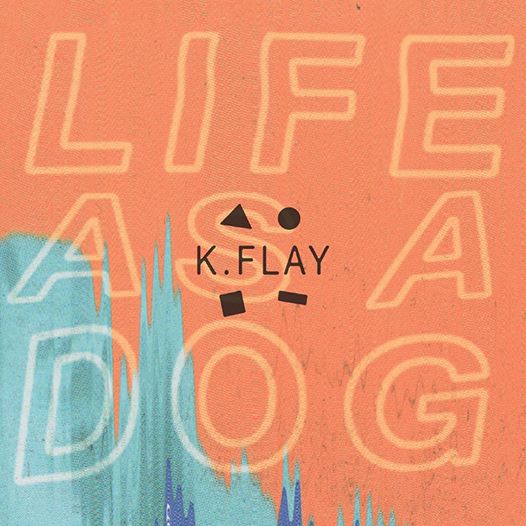 Life as a Dog – interview with K.Flay

Warped Tour just started and we are sure one of the key protagonist will be K.Flay (http://kflay.com/).

RYL: This summer is going to be great! A new album and the Warped tour……. Share with us your plans, emotions…….ready to rock the stage?

K.Flay :summer will be both great & very hot. this new record is my first official full-length, so the process has been a bit different from what i’ve done before with EPs & mixtapes, but it’s really exciting, especially because i’m releasing the album independently & can get as weird as i want. & it’s been rad in rehearsal going through all the new songs. most of the warped set will be material from the new album.

RYL: Your new album is titled “Life as a Dog”, what inspired its lyrics?

K.Flay : I guess mainly just the past year of my life. it’s been a really crazy time for me, both professionally & personally, so I think a lot of that change & excitement & tumult is present in the record.

When I was listening to final mixes of the tracks the other week, I was thinking how most of the songs deal with reconciling expectations with realities, with wanting to be better even as things are going a bit off course.

K.Flay : I pretty much always begin with some kind of musical riff & drum pattern that form the basis of the song. after that, I’ll start free-form writing out ideas & rhythms, whatever I’m feeling at the time. I hardly ever come up with melodies or concepts before having written music.

RYL:  “The Cops” is one of our favorite songs, can you tell us what inspired its verses?

K.Flay : lyrically, it’s sort of an amalgamation of my own experiences & what I’ve seen the people in my life go through.

I think that whenever i write, i’m kind of becoming a little bit of everyone i know, if that makes sense. for ‘the cops,’ the inspiration was really me being alone at my apartment, feeling a bit sad about the fact that there have been people in my life that I loved who didn’t love me back.

I poured a drink & started writing some of the most honest shit I had written in a while.

RYL: You selected to finance  part of this album with PledgeMusic, and you obtained over 150% funds! That is amazing……..

K.Flay : thanks so much! the process has been incredible — totally humbling & overwhelming. after being on a major label for a few years, it was really refreshing to do something that was so independent, so fan-based, so intimate.

RYL: Are you upset about the two years you spent with the Labels without being able to release your full length album? Would you have opted for Pledge before if you knew how it was going to end?

K.Flay : you know, I’ve thought about it a lot, and I’m totally happy with the way that everything turned out.

I don’t necessarily believe that things happen for a reason, but I do believe that we all have the power to grow & learn from any circumstance.

I feel like my time with the label was incredibly valuable in many ways — I learned so much about who I want to be as an artist.

RYL: Tell us everything about the song “No Duh” ……

K.Flay : ha. um, i was pretty much just fucking around with a sampler & used my voice as a test.

RYL: which is your favorite song in the new album? Why?

K.Flay : I think my favorite song is the first track off the album. it’s called ‘everyone i know’ & i wrote it in this weird moment of being totally exuberant & totally fucking bummed out at the same time. I hope the song conveys that.

RYL: which is your favorite verse ever written for a song?

K.Flay that’s a hard one. i’m actually super proud of what i wrote for ‘another round’ — it’s a track off my last mixtape, ‘west ghost’.