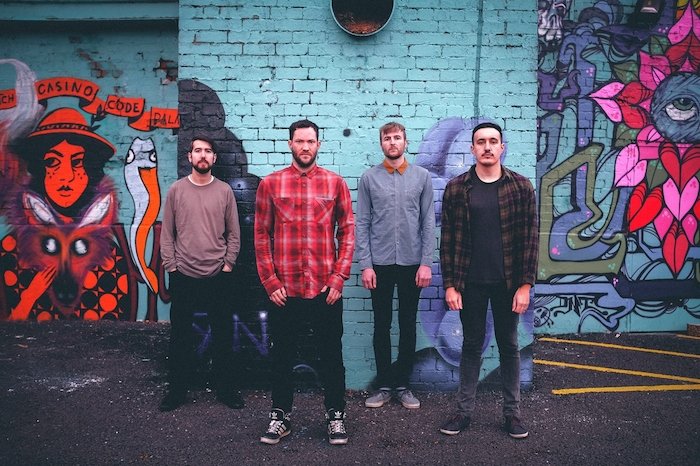 Life on Repeat, a new album by CONDUIT – interview

RYL: tell us everything about your new album “Life on Repeat” to be released the 1st of june? What inspired most of his lyrics?

Conduit:  We are so stoked for this record to come out, its been a long time coming and we have worked super hard on making this happen.

When we come up with a song, its based on our experiences, beliefs or how we feel about something that might be happening in the world.

A song is so much better when the meaning behind it has some real weight. In hindsight the record carries a message of hope, restoration and new beginnings.

RYL: What is the meaning behind the verses of “Others”?

Conduit: The meaning to Others is in the name, we can get so wrapped up in our own little bubble and close everything else out, that we’re just focused on self.

The song is more of a challenge, how do I make a difference to people in struggle, how can I make an impact to change someones life?

Almost every day we are faced with TV Programmes about the 3rd world and what not, but far too often it’s just something else that we are used to seeing. It doesn’t shock us anymore, or it doesn’t carry the weight in us it perhaps might of once.

To be honest, great need can be outside our own front door, in our streets, it doesn’t always have to be in a foreign place.

We need to shake up our priorities and start looking at how we can change someones life for the better.

Conduit: Yeah for sure, as I say, we all have different experiences in life and people go through different things, but what we want is to relate to people, give them hope and let them know they don’t have to be some one they’re not just to ‘make it’ in this life.

We are always given some remedy by media or magazine which tells us how we are supposed to live and what ‘fitting in’ looks like.

RYL:  Do you remember how the lyrics of “Sovereign” have been written?

Conduit: I wrote this song a long time ago after I had gone through a time when I didn’t feel appreciated, I wasn’t feeling too great about myself. I decided to write about how we can fall into this trap of feeling unworthy and worthlessness, just making it through day to day.

The song is a beacon of hope to anyone feeling like this, in essence its saying that your life IS worth something and that you DO have a future.

Even though none of us will ever reach perfection, we ARE loved and we don’t have to spend our time ‘in shadows’.

Conduit: Our old drummer Dan Watts is a rare talent, which was good but then very annoying as he would come up with some crazy time signatures!

To be honest Dan was a main song writer for the record, of course we all had input into the songs and came up with our own parts etc but Dan was the main force behind the musical side of things.

Usually he would come up with a riff or the skeleton of a song and then we would all chip in, adding or taking away.

Then we would add lyrics, which is odd because a song is usually written around the lyrics though I felt the lyrics were added around the music. But it seems to of worked!

RYL: what is the meaning behind the verses of “Pulled from the water”?

Conduit: Pulled from the water is a question, ‘why do we stand on each other?’ what I meant by that was, why do people use others to get somewhere?

Why do we not understand real community yet? Why is this world such a broken place? What follows lyrically is a means to restoration.

Conduit: That is a tough question and nothing really jumps out at me to be honest.

But I do love the lyrics to Who I Am – Life In Your Way, they are some powerful lyrics and I encourage anyone reading this to check out the song (with intro).

Conduit: Conduit was born in 2009 with a new vision and purpose, Steve joined us in 2010 and Dave Roberts joined us in 2013 after the departure of original member Dan Watts.

Conduit: I’m always coming up with new ideas and making drafts out on Pro Logic, so there’s a good few songs there but only 2 in full, both of which don’t have names just yet. But were working on it.

To be honest we spent a lot of time making this record happen and it was always all hands on deck when liaising with the right people to make it work so there wasn’t a lot of time for writing.

Conduit: We’ve just finished a short tour with Death Kindly Waits For Me, great bunch of guys with a unique sound.

We are currently preparing to announce a few shows that we have coming up but I’m sworn to secrecy for now! However one of those shows does include our album release show which were so stoked for.

Other than that we have some music videos under wraps so keep all eyes on social media for more updates!