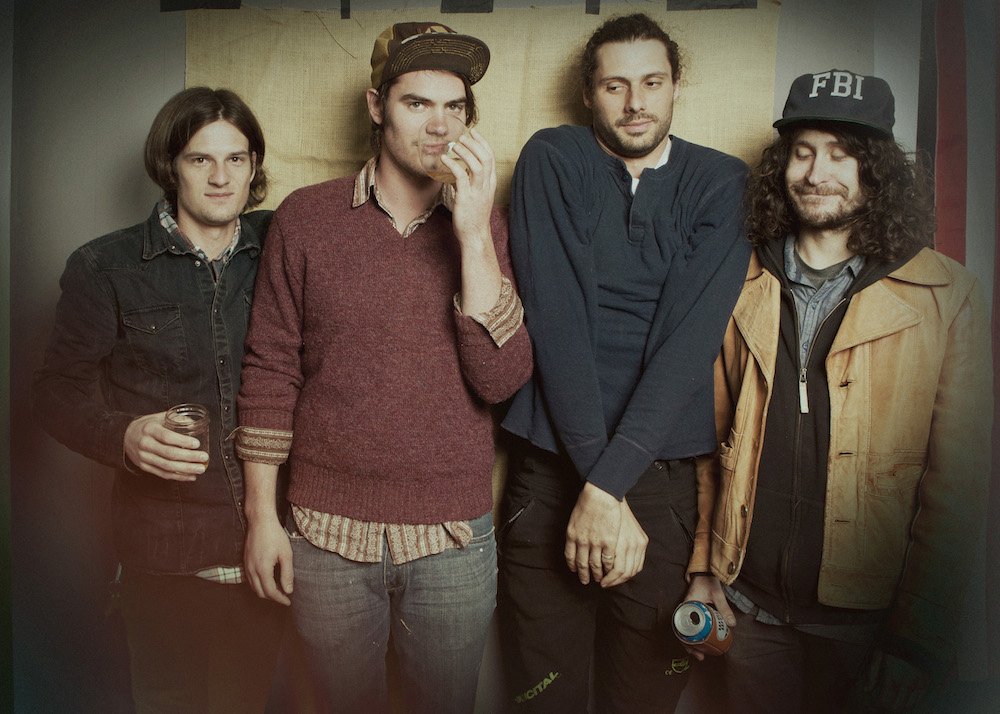 Lightning at the Door – interview with All Them Witches

RYL: Your album “Lightning at the Door” will be released in few weeks, how are you preparing its launch?

ALL THEM WITCHES (http://www.allthemwitches.org): This is Ben (guitar).  We are buying a lot of shipping labels, boxes and are

going around to every Post Office in Nashville trying to get as many international customs forms available.

ALL THEM WITCHES:I think we all agree Mountain is the most fun to play….or The Death of Coyote Woman when we really nail the intro.

ALL THEM WITCHES: Parks writes all the lyrics, and he is VERY personal about them.  The rest of us don’t even know that answer.  Wish I could help, but he won’t budge on answering lyric questions ha!

RYL: Tell us your “guilty pleasure” in doing music

ALL THEM WITCHES: We never feel guilty about playing music.

RYL: Tell us everything about the song “Mountain”….

ALL THEM WITCHES:  Mountain is one of our oldest songs.  We have been playing it for almost 3 years now, and we never grow tired of it.  It has a lot of room for improvising, which is why we love it.

RYL: Do you remember the day you wrote “When God Comes Back”?

ALL THEM WITCHES:  I remember when Parks came to practice and showed us the riff.  We were all blown away, because he pretty much wrote the whole song, lyrics and all, in his head.  We worked out a few different parts and that was that.  It’s a banger.

RYL: In your opinion, which is the relation between Magic and Music?

ALL THEM WITCHES: The deeper groove.

ALL THEM WITCHES: The best song we have ever written? ….  Probably Charles William (Parks) or

the Effervescent EP we did to cassette.  It’s a 25 minute jam of us improvising.  No lyrics…just listen to it.

That’s my favourite recording we have ever done.

RYL: Tell us about “Swallowed by the sea”, what inspired it?

ALL THEM WITCHES:  The really heavy riff was something that Robby and I jammed on the first few times we played together.  That riff is super old.  We went into the studio and just for fun, recorded the riff, along with the droned out end jam.  We were all high as shit.

Then we all left to get pizza, and we came back and Parks had done this weird, spooky vocal intro…just him and an acoustic guitar.  Parks is a voodoo monster.  He has spooky stuff constantly surrounding him.  It sounds like there is a female ghost singing with him in the intro.  Cant explain it.