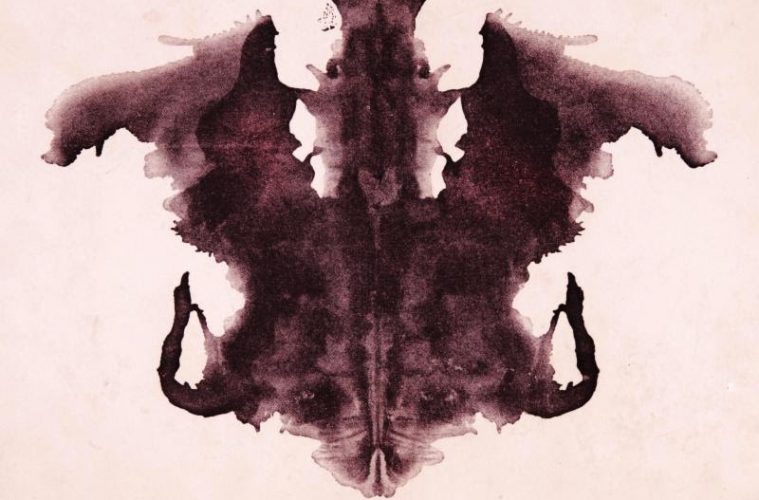 New Zealand hard rockers Like A Storm have just announced their 2019 Sirius XM Octane Accelerator Headline Tour with support from Royal Tusk and Afterlife. The tour will trek across the US, hitting major markets such as Hollywood, New York, Chicago, Dallas, and more. Fans can buy tickets on Like A Storm’s website HERE.

Before Like A Storm heads out on the Sirius XM tour in January, the band has closed out the year with a December U.S. headline tour with direct support from Palisades in Lincoln, NE and wrapped on December 22nd in Las Vegas, NV. This will conclude a year of non-stop touring in support of their most recent full-length album, ‘Catacombs‘, which was released this past summer via Century Media/RED MUSIC. The band’s third LP debuted on the Top 5 Billboard Heatseekers Charts, Top 50 Billboard Emerging Artist Charts, and Top 100 Billboard Album Charts,and was produced by Like A Storm’s very own Chris Brooks, Matt Brooks, and Kent Brooks. ‘Catacombs’ is available for purchase and on all streaming devices HERE.

Like A Storm recently released their new music video for their track “Pure Evil“. The video was shot south of Chicago by Vince Lundi at the abandoned Methodist Church of Gary, IN, notorious for being one of the most dangerous cities in America.

Hailing from Auckland, New Zealand, Like A Storm is the most successful New Zealand rock band in US radio history. First gaining notoriety for incorporating the Didgeridoo into their breakout track, “Love The Way You Hate Me,”, the band’s last 6 singles”Love the Way You Hate Me,” “Wish You Hell,” “Become The Enemy,” “Break Free,” “Pure Evil,” and “The Devil Inside” have all charted at US Active Rock Top 40.

Like A Storm has toured the globe with some of the biggest names in rock – including Godsmack, Alter Bridge, Slash, Ozzy Osbourne, Shinedown, Three Days Grace, on top of headlining North America extensively. They have also been invited to perform at the world’s biggest hard rock festivals including: Download (UK), Nova Rock (Europe) and Rock on the Range (U.S.). Their reputation for touring the world relentlessly led Myles Kennedy of Alter Bridge/Slash to once label them, “The hardest-working band in the business.” Like A Storm recently wrapped a massive U.S. run supporting Godsmack & Shinedown, where their high-energy live show garnered thousands of new fans. 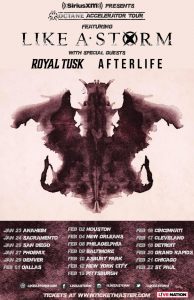