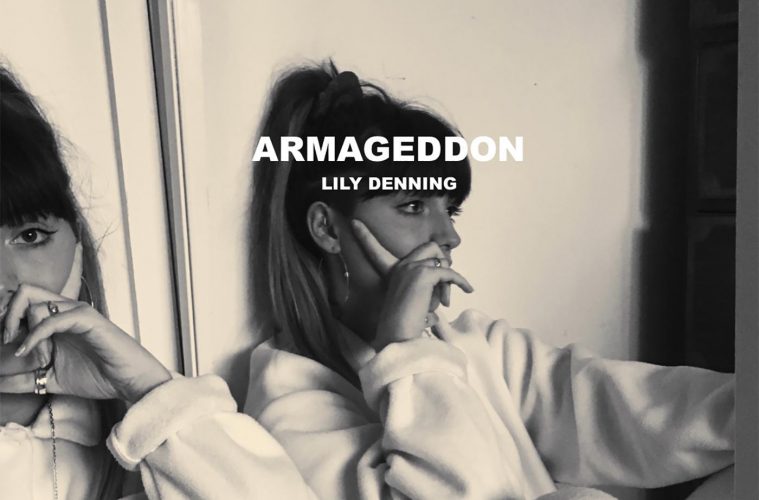 The track, produced by Will Hicks (Ed Sheeran, Lily Allen), fuses punchy drum beats, syncopated percussion and warm synths which help shape the song as it moves from clever verse to catchy, pop-tinged chorus. Lily’s remarkable vocals help convey the narrative embedded in her lyrics – a story of  triumph in brazenly deciding to shed the hang-ups and downsides that life and love can sometimes give.

Of the debut single, Lily says: “‘Armageddon’ represents the battle between repeatedly being drawn towards the bad and discovering the strength to resist it. The song illustrates the decision to turn your back on something negative and the consequential relief of letting it go. It’s about feeling empowered by your self-worth and embracing the freedom that comes with that. I want the song to glorify independence whilst acknowledging the sometimes impossible process of detaching from damaging relationships.”

The music video, directed by Matt Hutchings, draws on all kinds of inspiration but perhaps most notably (and ironically!) the infamous lacrosse dancing scene from Emma Roberts’ classic WildChild. The video is a simple but effective first effort in showcasing Denning’s personality and perfectly compliments the stubborn, uplifting beat of the track.

At just 19 years old, Denning is already beginning to make waves in the industry with support from BBC Introducing Kent and an impressive back-catalogue of co-writing credits. Multi-talented, Denning is a confident and long-time writer of her own material, as well as a skilled pianist.

With some featured vocal releases coming soon alongside her own releases, 2019 is set to be a big year for Lily.