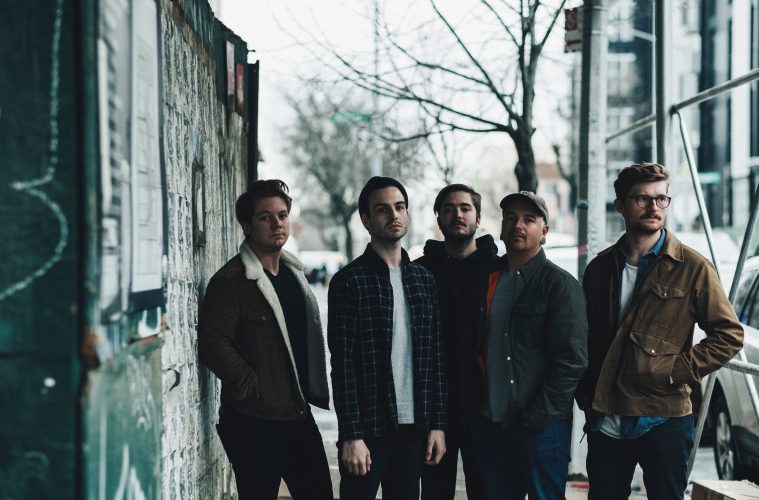 Post-hardcore band LIMBS has released a hard-hitting new single, “Abandoned”. Additionally, the band has announced that longtime friend Austin McAuley will be stepping into the role of lead vocalist. McAuley debuted with LIMBS at the end of 2018 while on tour with Currents, giving fans a taste of his energy and passion before bringing it into the studio for new music.

“’Abandoned’ is quite literally a narrative of struggling to accept one’s own flaws. It represents the rejecting of negative emotions, coupled with a perpetual need for self-preservation”, guitarist Jordan Hunter explains. “We wrote this song differently than any song we’ve ever written before – all together in a room from start to finish. We’ve definitely adopted a more collective-based style of writing as opposed to having one person write most things primarily”.

He adds: “We’ve really taken a new approach to writing songs collectively, and Austin coming into the picture was a direct cause of that. He was already close with the band prior to his induction, so the camaraderie has been second-nature while on the road and in the studio. He’s a terrific fit”.

Last year LIMBS found a home with UNFD, ahead of the April release of their debut album “Father’s Son“, which gives listeners a dark and brooding look at a young man’s journey out of religion as he comes to terms with both his upbringing and his own actions. A conceptual album following a young man breaking free from his indoctrinated upbringing, the album explores the harm it causes and the strength in reclaiming your own life. You can now purchase “Father’s Son” HERE.

LIMBS’ latest live video for their album’s title track, “Father’s Son”, was filmed during the band’s 2018 tour with Underoath, Dance Gavin Dance, and Veil Of Maya.  The video captures the electricity and raw power of a LIMBS live show – from headbanging to epic stage dives and beyond.

“I’m extremely grateful for the opportunity and am very excited for everything in the future. Joining LIMBS really has pushed me musically, and creating these new jams has me so hyped”, McAuley shares. “Stepping into this new role has definitely been challenging in some aspects, but it’s given me the privilege to join my closest friends on stage every night, as well as further develop the standards in our writing. I believe this new music heavily reflects our movement forward and quite frankly I’m ready to release more“.