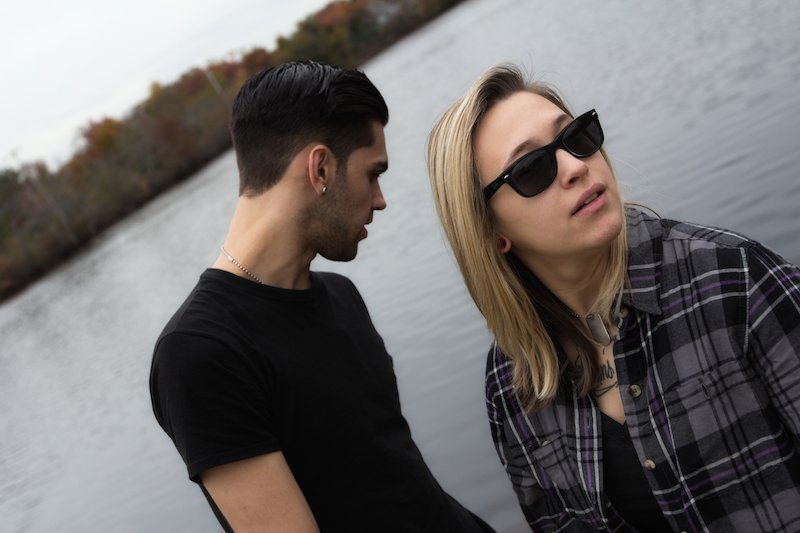 RYL: “Little Parasites” has just been released, which is the most important thing you learned from it?

Tom: For me, making ‘Little Parasites’  was such a raw and natural experience. From what I wrote, I learned a lot about myself for sure. Some good things, some bad. It’s the beauty of writing songs, getting to channel the things you’re feeling but don’t fully understand until it’s written out in front of you, and then you’re able to make some sense of your actions.

On a less personal note, I also learned a lot more about production from it being such a hands on experience. We got exactly what we were going for with this EP sonically.

Kait: Like Tom said, I learned a lot about myself as well. Personally I learned to let my guard down a bit and really put myself out there lyrically.

Obviously as a songwriter everyone does that and expresses themselves and situations differently and at times I felt like maybe I was giving too much away about myself but with the reaction we’ve gotten from the songs, it’s proven to be a really relatable EP for a lot of people so that made it a lot easier to pour my heart out.

Tom: Always the hardest question for me to answer. I love all of them for different reasons. Even the ones I didn’t write the lyrics to. I’ve never been more proud of anything in my life.

Kait: Choosing a favorite song is like a parent choosing who their favorite kid is hahah. But if I HAD to choose, my favorite is Consequence.

It’s one of those songs that every time we play it and I sing it, it brings me back to the time I wrote it about and it gets me every time. 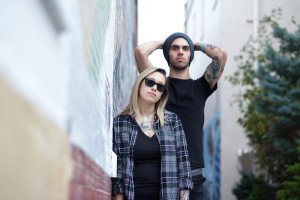 Usually, for me, the smoothest process is when I make up something musically first, like a cool rhythm guitar riff or something, then that pulls a melody out of me then I write to that melody. It’s important to not force inspiration, so when it comes to the topic I’m writing about, it needs to feel natural and honest.

Kait: It’s pretty much the same for me. Usually it’s starts musically and once I have a solid idea of what I want the direction of the song to be, that’s when I write lyrics.

Sometimes I’ll have a really catchy idea for the melody of the vocals before I have anything and then that inspires the music but it’s always different song to song.

As far as lyrics go, I write a lot about personal struggles and that’s where I get a lot of my inspiration but the subject matter obviously always depends on how I’m feeling at that exact moment.

Tom: Every single one. I’m a lyrical genius. Just kidding, but that’s pretty much the same problem I have trying to pick a favorite song.

If I had to choose just one off of this EP, I might go with the second verse in “Central City Suicide”. That one’s got a fun melody to sing along to, it’s really emotional, and there’s a few double meanings that are fun to dig into. It’s a really simple song with a deep and kinda dark story.

Kait: One of my favorite verses I’ve ever written is actually for a brand new song I wrote for us but on this EP, I really love the verses of our song “Circles”.

It’s a very angry love/hate relationship song and it’s one of the first songs we’ve written that we’re both kinda singing back and forth and we give different opinions on the meaning of the song and the verses are what make that song what it is so I really like that songs verses.

Tom: ‘Circles’ is a fun song to play live too. So much energy in it.

RYL:  What is the meaning behind “Jealousy”

Tom: “Jealousy” is a song about being afraid of your facing your weaknesses and letting your guard down.

Allowing yourself to talk about certain things and becoming vulnerable is tough to do for a lot of us and even though you try to avoid these things for the sake of being a better person, there’s always something that keeps pulling you down.

RYL: Do you remember the day you wrote “Too Many Faces” ? what inspired its lyrics?

Tom: I do. I was at an airport with a friend of mine, and Kait was at home.

She sent me a voice note and the first verse typed out and it inspired probably 3 or 4 verses from me haha.

The music existed for a while but we were trying too hard to make it different rather than just letting it flow naturally, so we gave up on it for a while. The subject matter is what really sold me on it though.

Kait: Yeah I was home and I was revisiting some old ideas for songs we had but we’re really convinced by and I stumbled across the music for that one and I was really inspired by all the negativity and hypocrisy  happening around us, in our country and what I was seeing on the news so I wrote the first verse and the chorus and sent a voice note to tom and he loved it and after that the song came together very naturally.

Tom: I think that lyrical push was just what it needed and I’m glad it happened. It’s a theme that anyone can relate to who’s ever felt belittled or screwed over by someone “in power” whether it be a teacher, a parent, a boss, a politician etc.

Tom: I have way too many favorite  songs but probably ‘Lost and Found’ by Chuck Ragan. That song is perfect.

Kait: I’d probably buy a Chuck Ragan song as well. His song ‘The Boat’ has really grown on me and it’s an incredible song. It’s a shot to the heart. Either that song or a song called ‘Long Live The Queen’ by Frank Turner. Another solid meaningful song that every time I listen to it, I wish I wrote it myself.

Tom: We love all kinds of music though, so you might have to give us a little more than $1 haha!

Tom: Our best show so far was definitely our EP release show. We played it at one of our favorite venues in the state and the energy was amazing that night. ‘Little Parasites’ came out the Tuesday before, and the release show was that following Saturday so it all fell into place perfectly.

As for touring, we just have a few off show travelling and random out of state things going on right now. We’ll playing in Boston, MA in March, and I’m sure we’ll go back to New York and Philly with the full band again soon also.

We’re dying to get out there with this new music, but we’re not rushing. Rushing things only has a negative effect and that’s something we both learned the hard way in our past, so we’re taking our time and letting things grow naturally like they have since the beginning.

RYL: “Consequences” is our favorite!,  what inspired its verses?

Kait: Thanks! That song is a very personal song for me. I was going through a really dark time when I wrote it and the verses were mostly inspired by just dealing with demons and questioning yourself and everything you’ve ever felt.

It’s a super emotional song for me and I think a lot of people can really relate to it and put themselves in my shoes or perceive it however it best fits their own personal situation.