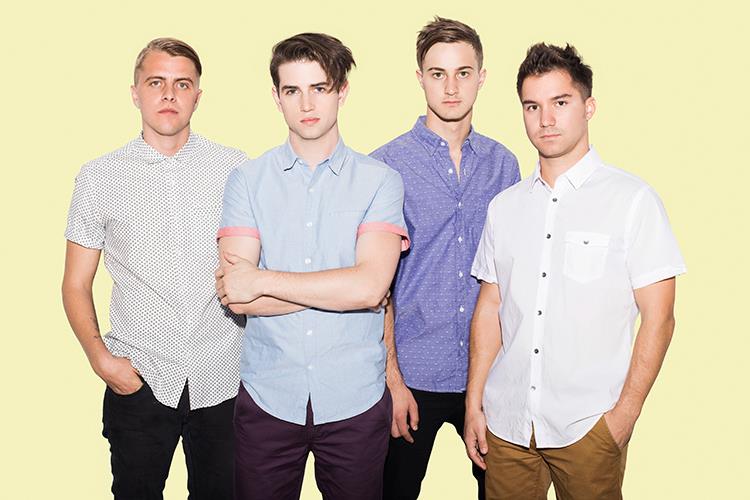 RYL: Your new album titled “LOSERS & KINGS ” has been released in June, lyrically speaking, what does it represents for you?

THE DOWNTOWN FICTION: If there’s a loose theme, it’s about looking at yourself and embracing your identity and your flaws. I think that’s when you begin to empathize with others in a more profound way.

RYL: Your new single is called, Santa Cruz… What inspired its lyrics?

THE DOWNTOWN FICTION: I got in the habit of taking my board through this labyrinth of slightly hilly streets around my house late at night. It became sort of like meditation. I liked the thought of my skateboard being this vessel of escape and tranquility. It began to represent so much—my past and future. I demoed the song at home and even recorded skateboard noises with my iPhone.

The same sound effects ended up on the record.

THE DOWNTOWN FICTION: I think there’s a core perspective. We set out for the album to have a singular identity, a voice. But it’s pretty loose thematically, like I was mentioning.

You set out with this utopian vision of an album but it always ends up surprising you. It just happens.

That’s the nature of the process, I guess. It’s mostly just semi-autobiographical.

RYL:  Do you remember the day and how you wrote “Big Mistake” ?

THE DOWNTOWN FICTION: That was one of a few songs I wrote with a very talented friend, Ben Romans. It started with me stomping and playing this sort of country riff.

I remember we spent a few days on the music but I went home and wrote the lyrics very quickly. It’s one of my favorite songs on the album for its sonic space—the verses are very open but it culminates in a rock out.

There’s a melding of many different vibes I was fascinated with at the time.

THE DOWNTOWN FICTION: I try to find that single term or phrase that captures some purity. After that it’s easier because you use that bit as an anchor for the whole thing. But it’s a mercurial process and it’s never really quite the same twice.

THE DOWNTOWN FICTION: Not sure I can quantify the best, but I’m proud of this “Some Place on Earth” lyric—”Here’s to our expectations suffering mass deflation when somebody lets us down.”

It’s sort of a big-teethed toast to all of life’s disappointing realities. I like that sort of thing. It’s honest and bittersweet.

THE DOWNTOWN FICTION: In all honesty I wasn’t particularly in the mood to do anything that day and I think that’s exactly what inspired the lyrics. It’s a song about not wanting to do exactly what you’re supposed to be doing.

RYL:  You are on tour right now? Tell us more about it…..

THE DOWNTOWN FICTION: It’s great. Mostly I’m just happy to be performing the new songs off ‘Losers & Kings’ to so many people for the first time. We spent considerable time rehearsing before we even cut the album because we wanted it to sound authentic to a live setting.

Now it feels like all that time has paid off. It’s a thrill to see people responding. 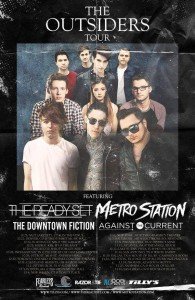 RYL: “Just wanna run” is the fan’s favorite by Itunes chart, what does this song mean for you?

THE DOWNTOWN FICTION: I love performing it live, the energy from the crowd is always fantastic. Very proud to play these varied songs and witness the progress. It’s crazy.