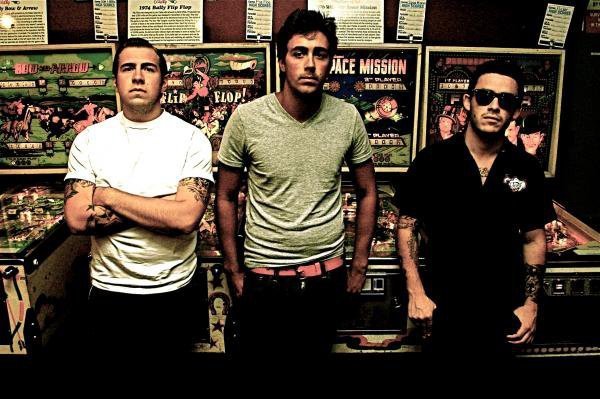 Discussing with Zach, singer of Lost In Society (http://lostinsociety.com/home/), about the band’s new projects was extremely interesting, we came across their music and we definitively love it.

They are currently touring US and, this winter, they have plans to release two new songs as preparation for the new album that will be released next year.

RYL: You are defining your self as “alternative punk” band, can you tell us what does it means for you?

LIS: Genres are always difficult to describe. We don’t really consider ourselves a straight up punk band, and we think the Alternative genre helps people get a better idea of our musical style.

We can be in your face fast punk, or laid back and more fluid and most stops in between. It’s always a weird thing to be asked to explain what we sound like, I like to just have people listen and come to their own conclusions, but since we have to tell people something, we go with Alternative Punk.

RYL: Next year you will celebrate the 10 years since the band has been created, which was the main achievement in your career?

LIS: It’s really hard to pin down one achievement we are most proud of, but when we get there (10 years), it will probably be my favourite achievement.

Most bands never make it to half that time and we are about to experience being a band for a full decade. Some of the highlights have been opening for The Bouncing Souls and recording with their guitarist Pete; all of the tours we have been on and all of the amazing people/bands we have met in the past 9 years. We hope we can keep growing as an act and make it another ten years.

If it’s up to me, this will be what I do for the rest of my life. Hopefully without a full-time job at home though.

RYL: We love the song “Wrong Direction” would you like to tell us more about it? How you wrote its lyrics?

LIS: It’s a pretty straight forward song about a girl who is trying to be something that she is not and is making some bad decisions, be it drugs, alcohol etc.

The song is an attempt at a voice of reason telling her that she doesn’t have to do these things to impress anybody or get ahead in life. It’s an unfortunate thing that happens to young girls and guys everyday and a topic that seems to come up in the news far too often.

RYL: How is your songwriting process? Every band member contributes to it?

LIS: I usually write on my own and bring the skeleton of the song to Nick (bass) and Heitor (drums) and we will construct the songs basic structure until we are happy with its final arrangement.

I usually sit down with my guitar and mess around with chord progressions, write a melody to it and then add lyrics last. However, I do sometimes have a basic vocal melody in my head that I will write around.

Writing my parts is probably my least favorite part. When I bring it to Nick and Heitor that’s when the real fun begins. Since we have been together for so long, we all kind of know what we want to hear from each other, but we are also capable of surprising one another and coming up with some pretty cool things that we haven’t touched on before.

RYL: You love to tour, in 2012 you had the possibility to do the Warped, how was that experience?

LIS: Touring is my favourite part about being in a band. I get to basically go on vacation for weeks, sometimes months at a time and play shows in new places to new faces.

Warped Tour was an incredible experience. Everyone who works that tour is so nice, it’s ridiculous. We did the tour in our previously mentioned van and the air conditioning was broken, so you can imagine how a bunch of dudes made that thing smell. I would definitely do it again in a heartbeat though, it’s one of the best ways to gain new fans and be exposed to kids that wouldn’t normally come across your music.

It’s punk rock boot camp, and if you survive, you can do anything. Kevin Lyman and company definitely make it as accommodating as possible though.

RYL: This summer you toured US, any plan to visit Europe soon? How is your fanbase overthere?

LIS: At the moment we have two more US tours planned for this fall, and in the spring of 2014. The fall tour will include a trip to The Fest in Gainseville and Fun Fun Fun Fest in Austin for an after party show. It will be a month long, so keep a look out for the dates.

As for Europe, we actually just started looking into touring over there. We are aiming for a summer/fall 2014 trip over there if all goes well. We are in talks with a couple labels/booking companies out there at the moment, so once things fall into place we will definitely be getting the information to everyone else. Our fan base seems to be growing over there, so we think it would be worth the trip, hopefully everyone else does too!

RYL: Another song we like is “Not My Day”, we saw some live performance in YouTube and it feels pretty powerful; what about its lyrics? what happened that day?

LIS: That song is an oldie, definitely a crowd favourite though.That song was a 16 year olds call to girls basically giving up on trying to be something he isn’t to impress girls. “I don’t to be your nerd…Abercrombie douche bag” etc…

So it wasn’t really a specific day, just a “hey, I’m pretty cool if you get to know me, look past that materialistic stuff”. It kind of dabbles into the, I don’t want to grow up and be all alone and that aspect of never being accepted as well. It was a pretty basic look into what I was like when I was 15/16 when that song was written.

RYL: When are you planning to release a new album? Are you guys planning to do some studio work this fall/winter?

LIS: We are planning on recording a 7” this fall and releasing it sometime in February. It will consist of two brand new songs. These two songs will then be followed up by a full length that will be recorded sometime in January/February. There is no plan on a release date for that record just yet; we plan on shopping it around to see if anyone is interested in picking it up. (Fingers crossed). 2013 has been a pretty wild and busy year for us and the most difficult is still to come. So here is to hoping that 2014 is way more difficult and it makes us work harder, become a better band and better people along the way.