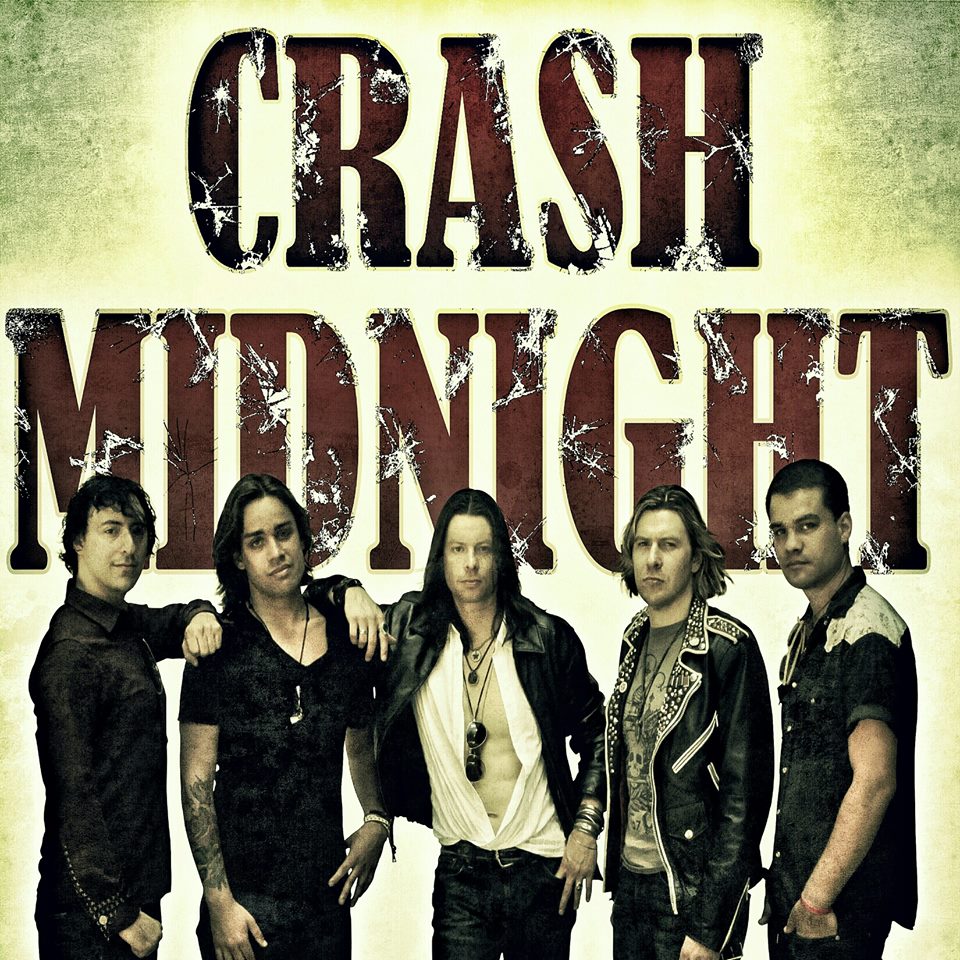 Lost in The City – interview with Shaun Soho – CRASH MIDNIGHT

RYL: Your album “Lost in the City” will be released in few weeks, how do you feel about it? How do you expect the reaction of your fans will be?

SHAUN SOHO (singer): The songs on this album are the sound of this band cutting its teeth in the Boston music scene. They mean a lot to us. It’s all the stories and situations we got ourselves into as the band broke out here in the city, all the adversity we faced and having this ‘us against the world’ mentality.

We started this thing in the mid-2000’s and we’ve written a lot. This album is really the best of everything we’ve done over those years and it seems to be getting a great reaction from both our fans and even audiences who are hearing it for the first time live.

SOHO: This changes for me from night to night. Our single, 151, has been around for the longest – since before we even had a name for this band – and I still think back to when we wrote it every time we perform it.

Diamond Boulevard has this groove in the riff that I get lost in each night. It just depends on the night. Sometimes I’m on stage and can’t wait to let loose and a more fast-paced punky song like City Girl is the most fun to get that aggression out.

Welcome To Boston is really cool to play in Boston. You see everyone singing the chorus right back at you.

SOHO: If there’s a link, I’d say that it was really important to me and to this band to write songs that were personal to us. I think a lot of acts in rock these days might see dollar signs on writing something that they think might sell or make the label happy.

We had the misfortune of it taking a while to get to the point of being able to release an album like this, but the fortune to have material that really means something to us by the time we did. Everything on this album is about something real, true to life, and I think that translates live too. When we’re playing this stuff, Bo and I or Alex will share some look during a lyric because we all know the exact situation that shit was written about.

That’s a connection that seems to be really translating to audiences too. They come up to us and ask us for the stories behind these songs like they want more information on whatever the inside joke or story was that inspired the chaos they just finished watching on stage.

SOHO: We have no shortages of stories in this band. Every time we’re together, something goes down for better or for worse and I draw a lot of inspiration from those stories and situations.

Most of this material was written when it was the 5 (or sometimes 6) of us all crammed into a little 2 bedroom apartment in Boston down by Fenway Park.

We all lived on top of each other and the parties and trainwrecks that were a part of everyday life in that place inspired a lot of songs. We had a former rhythm guitarist back when we were living there take a girl into the bathroom at the end of the night – which was pretty much the only place to get anything resembling privacy in there.

We heard all these crashes and noises and just turned up the music to drown it out. When we woke up the next morning there were bloody footprints leading out of the bathroom to where he and the girl had passed out on the couch. Inside the bathroom everything was a complete catastrophe. The mirror was shattered, a bottle of cologne was shattered on the floor, the shower curtain rod was in a pile in the corner, and there were used condoms all over the shower floor.

That inspired the opening lyrics “Broken glass n’ Latex lying in the shower stall, and it ain’t fooling anybody sliding down my hall..”

RYL: Which was the most difficult thing you encountered making the album?

SOHO: Capturing the live feel and energy of the music. We went through a couple recordings of this material before we settled on the versions on this album. Some producers just weren’t capturing the rawness we wanted on this.

We wanted it to feel the way it does at a show and it’s a tough thing to get that to translate to a recording a lot of times and have it sound polished and not just a live album.

Our producer and engineer, Kenny Lewis, at Mixed Emotions Studio here just north of Boston got it from the start. He worked with us until it was right, did minimal edits and takes and just made sure this sounded like us.

RYL: Tell us everything about the song “151”, first single of the album.

SOHO: It started out as a fucking joke and now it’s our single – welcome to rock n’ roll.

This song was something we were fooling with before we were even a full band. We were out drinking one night and listening to music and Nightrain by Guns comes on so we started playing around with the lyrics since we were drinking 151.

Now when we were all poor as hell living all together in this small apartment, we could always seem to find a way to scrape together enough money to get a bottle for like $23 or something.

Until we found this knock off Roberto 151 made a couple towns over in Somerville for $16!

The whole band could get drunk for cheap so we started going through bottles of that stuff. Bo figured out how to blow 151 fireballs – you can see him do that in our music video for 151 – and he’d do that at parties all the time.

It was funny and people kept asking us to “play the 151 song” until we were like, ‘maybe we should make this into a real song.’ So I guess you could say drinking 151 was the cause of that song and probably most of the rest of the songs.

RYL: Do you remember the day you wrote “Diamond Boulevard”?

SOHO: We’d gotten hustled into a contract with somebody who really just was out to take advantage of a young band that was getting momentum.

These type of people had approached us before and it’s just so fucked that someone looks at a group and is like “well there’s a bunch of guys right on the brink, how can I fuck them over?” That was the inspiration behind most of the lyrics and the chorus came to me one day when Alex had just returned back to Boston from where he grew up in Columbus, Ohio.

We had all this momentum going for us but still weren’t seeing any real money because everything we made was going right back out to merch or promotion or whatever the band’s habit of the week was that week, but online and by the shows we were playing, everyone back home for him thought we must be pulling in tons of cash and everything. It’s also about perception of all the shit you go through trying to make it in this industry and “Diamond Boulevard” is kind of a tongue in cheek reference to people thinking we were on “easy street.”

RYL: Are you planning to be on tour soon?

SOHO: We’re out on a North American tour right now with The Pretty Reckless and Adelitas Way. It’s been a great run so far. Great venues and the fans have been incredible.

SOHO: “Whiskey bottle, brand new car, oak tree you’re in my way” – That’s the most unintentionally brilliant line I’ve ever heard… or maybe just because it’s close to home with this band.

RYL: Tell us about “Somewhere yesterday” what inspired it?

SOHO: These songs, when we perform them, there’s a lot of me invested in them, you know? Like I said, they’re all coming from real experiences and shit we’ve gone through. Sometimes that can take something out of you because I really try to put myself back in the place I was when I wrote a song whenever I deliver it on stage.

Some songs will take more out of me than others. Like Somewhere Yesterday, I guess I can say at this point, is one the best songs I’ve ever written about someone who turned out to be one of the worst persons I’ve ever known.

We play that song a lot, especially live on-air radio performances. I think you take something away from every experience though and this one is like a reminder that you can’t spend your life trying to hang onto trash.

In the end, you just need to throw it away.