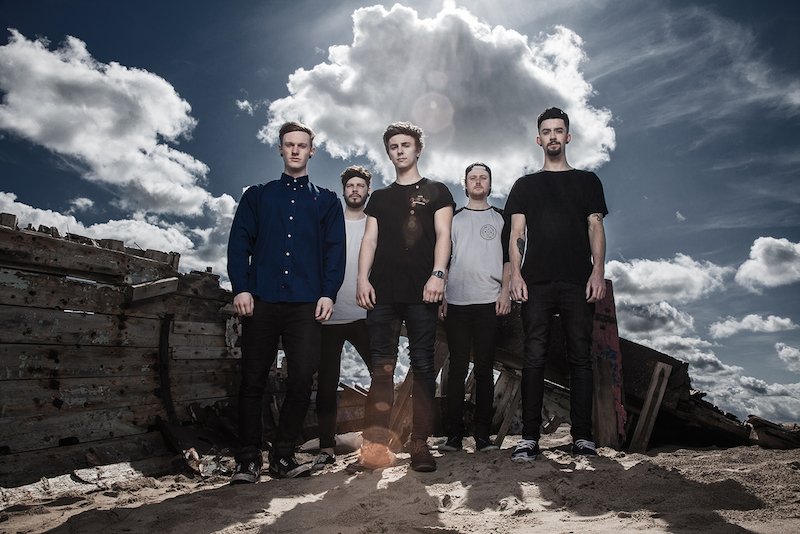 RYL: Tell us everything about your new album “Lost Isles”, it is obtaining a lot of success! What it means for you lyrically speaking?

Oceans Ate Alaska: Lyrically ‘Lost Isles’ touches upon the topics of being alone and feeling fractured from society, friends and family.

This also coincides with the word ‘Isles’ an island, a living ecosystem battling against the tide, barely managing to keep itself above the waves.

The waves being life and everything that comes with growing up today.

RYL: Which is the most meaningful verse of the album?

Oceans Ate Alaska: “I was never a saint more so than a sinner, but I knew my rights from wrongs. That living for the sake of loving, is where my heart will always belong”. – Entity

Oceans Ate Alaska: The album is about growing up and realising the world isn’t all it was made out to be, straying down the wrong paths in life, making the wrong decisions and dealing with the guilt and consequences.

Feelings of loss and being alone come to mind.

RYL:  Do you remember how the lyrics of the song “FLOORBOARDS” have been written?

Oceans Ate Alaska: Most likely late at night when I couldn’t sleep, I write most of my lyrics that way. Then wake up the next morning and revise them over the next few weeks.

Oceans Ate Alaska: Lyrically I tend to write late at night when I can’t sleep. I bring notes and lyrics to the rest of the guys and we will fit them to a pre-existing piece of music or create something brand new.

RYL: In “Punk Goes Pop” Vol 6 you are doing a cover of Beyonce, “Drunk in Love”- how did this experience go? Tell us some “behind the scenes” …

Oceans Ate Alaska: Writing and recording our cover of Drunk In Love by Beyonce was a relatively stress free experience, mainly because this was a cover so the lyrics had already been written, but also because we all thought this would be a be sick song to cover before we were even asked to be featured on Punk Goes Pop 6!

There were so many great ideas flowing when we were writing the music and there was never a point where we felt we hit a brick wall so it was just a really fun experience from start to finish.

RYL: Do you remember the day you wrote “Blood Brothers”?

Oceans Ate Alaska: June 16th 2013 to be precise haha, we date all our new ideas/demos on the computer. Lyrically and musically it took over a month to compete though

RYL:  What inspired “Vultures and sharks”?

Oceans Ate Alaska: Most of our songs are created around fictitious but common ideas and scenarios. Usually using natural, earthy imagery to relate to our band theme.

RYL: which is your favorite rock song of all time?

Oceans Ate Alaska: Cute Without the E – Taking Back Sunday

RYL: Where we can see you live? Any plan of touring soon?

Oceans Ate Alaska: A lot of stuff is still under wraps at the moment, however you can catch us playing at Hit The Deck festival in the UK on the 25th and 26th April