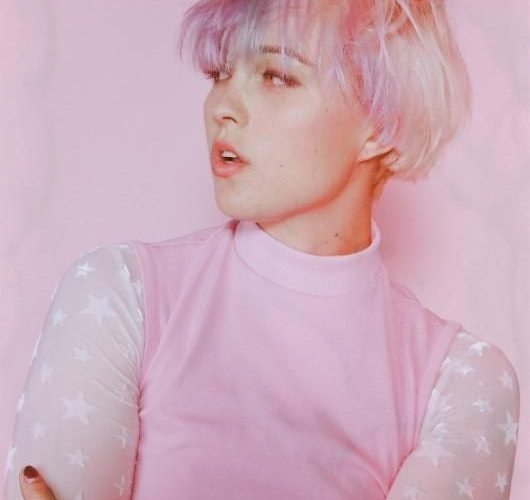 How do you usually write the lyrics of your songs?
I see myself as a story teller first and foremost with music being my vehicle, so the lyrics almost always come first. Either I’ll have a topic or concept that I want to talk about or a line will just pop into my head and I’ll build a song around it.

In your opinion, what is the most important thing in songwriting?
Being authentic and specific! There’s a thought that being vague makes your music more relatable, but I think it’s the opposite. It’s the specifics that make things general – and it’s really cool to realize that because I think as humans we all feel so alone in our experiences, but then I’ll write something that feels super specific to me and so many kids will be like “that’s exactly what I’m going through!”. It’s super cool.

Are you ever scared of revealing aspects of your personal life/experience to strangers through your music?
Not of my personal experiences… but if I am writing about a family member’s or friends’ relationship to it, I always ask them if it’s okay to share. I truly believe it’s the job of the artist to say the things that other people are afraid to say and I’ve never had a problem being vulnerable. I wear my heart on my face.

What is the best lyric that you ever wrote (the most meaningful for you)?
I would say “Whole Wide World”. Writing that song was a super weird experience – it felt as if it almost just came through me in a way, and when I was listening back to the scratch vocals I felt like I was listening to someone else singing a song that I really needed – like my ego as the creator had been completely removed. I’ve never had that happen to me – it was really overwhelming and made me cry it’s been really cool because it’s had that affect on a lot of the women that have heard it and I think it’s proof that music is so much bigger than us.

What inspired “Faith”, part of your latest EP “Loud Mouth”?
“Faith” was written after exiting my abusive relationship. It was my way of letting go of that situation and saying “I don’t need to concern myself with the demise of this person because he will fuck up his own life way better than I ever could”. It’s about having faith that terrible people will reap what they sow.

Do you remember the day you wrote “Hungover on a Feeling”? And “Save Yourself”?
I do! “Hungover on a Feeling” was written the day after Trump was inaugurated. I got the idea for the concept because I was wearing a T-shirt that said ‘hungover’ on it, and I decided to write it about the morning after Trump won the election – it was like a bad night out where you ask yourself “Wait… did that actually happen?” That night my bandmates and I finished rehearsal and went to a bar to watch what we thought was going to be the first woman elected president. As the results started shifting, it was like everyone in the entire bar had their soul sucked out of them. I went home and cried on my living room floor.

“Save Yourself” was written with two very talented friends of mine, Jack Edwards and Benjamin Greenspan. I remember that the session started pretty late in the day, so I didn’t have super high expectations. It was only like a week or so after my break up, and I was telling them about it and Jack just started singing the chorus and I was like “yup, that’s it”, and the rest of it just kinda poured out.

Is there a link/a common theme among the songs of the new album?
It’s a statement about being a women and mental health. The EP chronicles my experiences as a woman. It’s about redirecting the narrative of what it means to a woman and not letting the struggles that we endure weigh us down, but instead empower us to fight even harder for who we are and what we want.

What is the best suggestion your producer gave you?
I co-produce all of my music, so it’s a completely collaborative process, and I’m really lucky to get to collaborate with people that respect and honor my vision for the songs. “Whole Wide World” originally had a different production that was really cool, but didn’t quite match the weight of the lyrics. When my collaborator Kyle Moorman, who I made 3/4 of EP with, heard www he was like “hey, i think we should try reproducing this and have the production start small so that the lyrics really have their moment”. It took us a while to get it right, but he and I never compromise and I think it ended up being such a good call.

What are your plans for 2019?
I’m currently on tour throughout the US with Cherry Pools until 4/18. I have a few more show and tour announcements coming and will be dropping some music videos for the rest of the EP. Then back to writing for hopefully what will become an album!