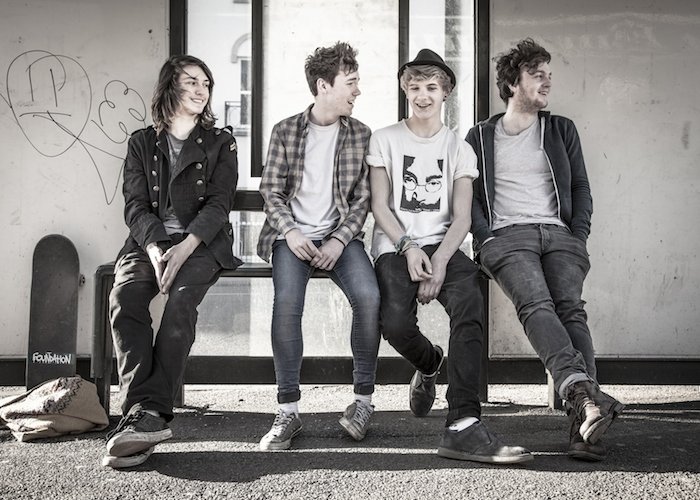 RYL: “Love + Hate + Control” is the title of your debut ep ; are you happy about the feedback you have received so far? What it does mean for you lyrically speaking?

Delicate Holly: Yes, the feedback’s been excellent. We’re thrilled that people are getting where we’re coming from.

The title sums up the aspects of life that seem to affect people across all areas of society, especially our own generation, and is provocative towards opening up discussions around those issues.

It is also about fighting a patriarchal media that takes pleasure in sexualising vulnerability which is reflected in the cover art.

RYL: What “Jaws” means for you?

Delicate Holly: It’s about being trapped and controlled within a relationship. It’s that situation many people find themselves in when they’re in love with someone and that love is being taken advantage of.

Delicate Holly: As with the EP title the lyrical themes thread together under the various different guises of love, hate and control. Each set of lyrics is more specific to one of those words whilst still incorporating the other two words.

The idea was to create a cohesive collection of songs, in the relationship between the different lyrics, that come together as a complete work. Lyrically the content is evocative of the vulnerability attached to the EP’s title using various different imageries as much as literal expression.

Delicate Holly: It depends which member of the band you’re talking to. With Delicate Holly it’s very much a collaborative process and different lyrics have been written by different members.

Obviously, lyrics written by one person will be more personal to them but we all have our own interpretations of the lyrics based on our own life experiences.

Delicate Holly: Every song is different. It depends when and how inspiration strikes.

Delicate Holly: The title is a mixture of raincoat and anorak but the lyrics are about uncomfortable home situations where you feel out of place and angry and find yourself walking in the rain in a rage. It has a teenager and parent clash type of naivety to it but sometimes these things need to be said in a certain way.

Delicate Holly: The second verse of Full Body Cast. As well as the lyrical content it has a rhythmic structure that just flows and works with the feel of the music.

Delicate Holly: It’s a song called Straw House that we’ve been gigging recently and has fast become a fan favourite.

It’s about transgender issues and the insecurity brought about by the prejudices attached to it.

Delicate Holly: We’re at 2000 Trees Festival this weekend and are on the road in August.

RYL: do you remember how you wrote “lemon man”?

Delicate Holly: It was one of those joyous moments when the chords of a song literally fell out of Alec’s fingers at a rehearsal. He then went home and workshopped it up into the finished composition.

The lyrics were written by Reuben with Alec after a discussion about identity. You can some up the spirit of the song with the line “Sometime’s I feel I’ve got my head in a birdcage, like it’s my birthday”. The idea that when it’s your birthday and you’re being looked at by everyone and feeling insecure is like the bird in the cage that’s there purely to be a decoration.