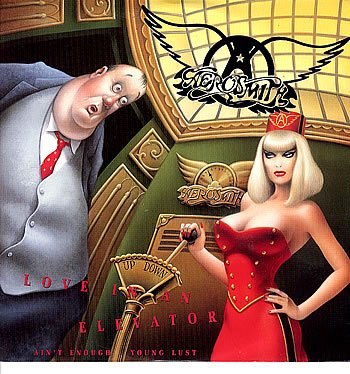 Love in the elevator

Love in the Elevator, it has been released in 1989 as first single part of the album PUMP (tenth studio album of the band) .

Pump would sell almost 10.000.000 copies worldwide rapidly becoming one of the most important one of the band

Most probably it is the easiest song we ever had to explain, the title already says everything don’t you think?

In fact it talks about a lead singer (somebody named Steven Tyler….do you know him?) that meets a fan in the elevator and they start to make love!

The elevator goes up and down and Steven doesn’t have enough of it……did you know that in the music video there is also the wife of Nikki Sixx from Motley Crue?

She is the one that says…..2nd floor…..good morning Mr Tyler, going down?…