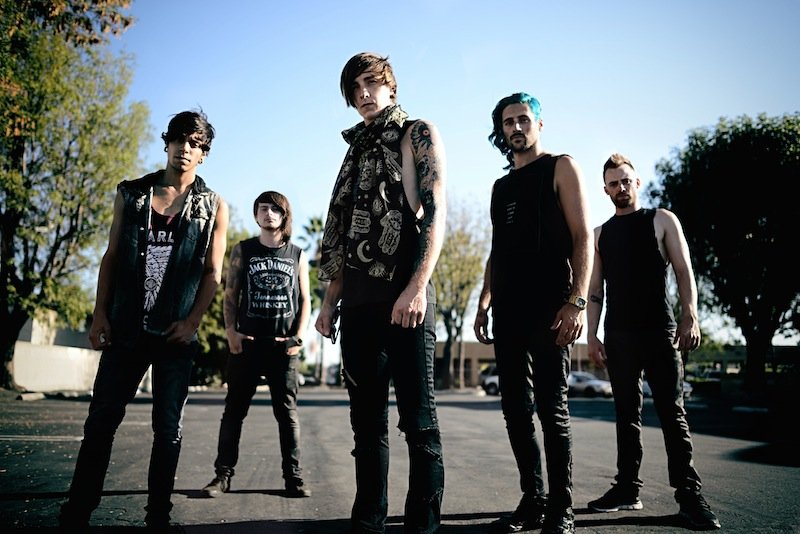 LOVE IS A LIAR’S GAME – interview with YOUTH IN REVOLT

Tell us everything about your last album “Love Is A Liar’s Game”, why did you select this title? What does is mean to you?

Love Is A Liar’s Game is about all the experiences I’ve encountered with love from both the inside and the outside. I basically saw that every time someone seemed happy together, they just ended up splitting up and it just seemed like a losing game which is what inspired the title.

We love “Never Stay”, what inspired its lyrics?

Never Stay is a two-sided story. One side is me telling a girl that I am not good for her and will just eventually break her heart but she doesn’t listen and then blames me anyway.

The other side is me asking a girl I had strong feelings for why she left and abandoned me. It’s kind of like a vicious cycle where I end up becoming a victim of my own doing.

The theme is just that love is a waste of time and is abused by liars and cheaters.

Do you remember how the lyrics of the song “Love is A Liar’s Game” were written?

I do. We actually had a deadline for a new song the next day so I stayed up all night and pondered the basis of the song. The rest was worked out in the studio.

How do you, usually, write the lyrics and music for your songs?

I usually like to start with an idea or theme for the song and work like that. Sometimes I will build the song from the chorus and other times I’ll start right from the verse. The lyrics are inspired by music I listen to and personal experiences but I also try to use memorable and free-flowing words to make it easier for the listener to remember.

In “Punk Goes Pop Vol. 6” you are doing a cover of Lorde, “Royals”- how did this experience go?It is obtaining a lot of success!

This was a fun experience. Our producer Taylor really nailed the production by dissecting the original and adding his twist to it. I enjoyed it because it was a bit peppier than our usual stuff, and I enjoy pop music. Haha!

RYL “And we’ll never be royals…It don’t run in our blood. That kind of luxe just ain’t for us. We crave a different kind of buzz” – Lorde with this song wanted to take distance from the “fancy” pop culture – do you agree with her when thinking about what music business has become?

I do agree with her. I feel like songs have lost substance and a strong message. It’s all about partying and flashing your money around these days.

Among the other songs included in the compilation, which one is your favorite?

I really enjoyed Volumes’ cover. I thought Michael really did a great job on the clean vocals and they really made it sound like themselves but still staying true to the song.

What does the song “For The First Time” mean to you?

“For The First Time” is about finding that one true person you know you were always meant to be with and not being afraid to wait until you find them. It hasn’t happened to me yet but that’s why I wrote the song; because I have hope.

Where can we see you live? Any plan of touring soon?

We are planning on doing a quick stint in early January but after that we really need to buckle down and write our full length album. We want the fans to have plenty of music come Spring time and we want to have a longer set live as well so we need more songs.