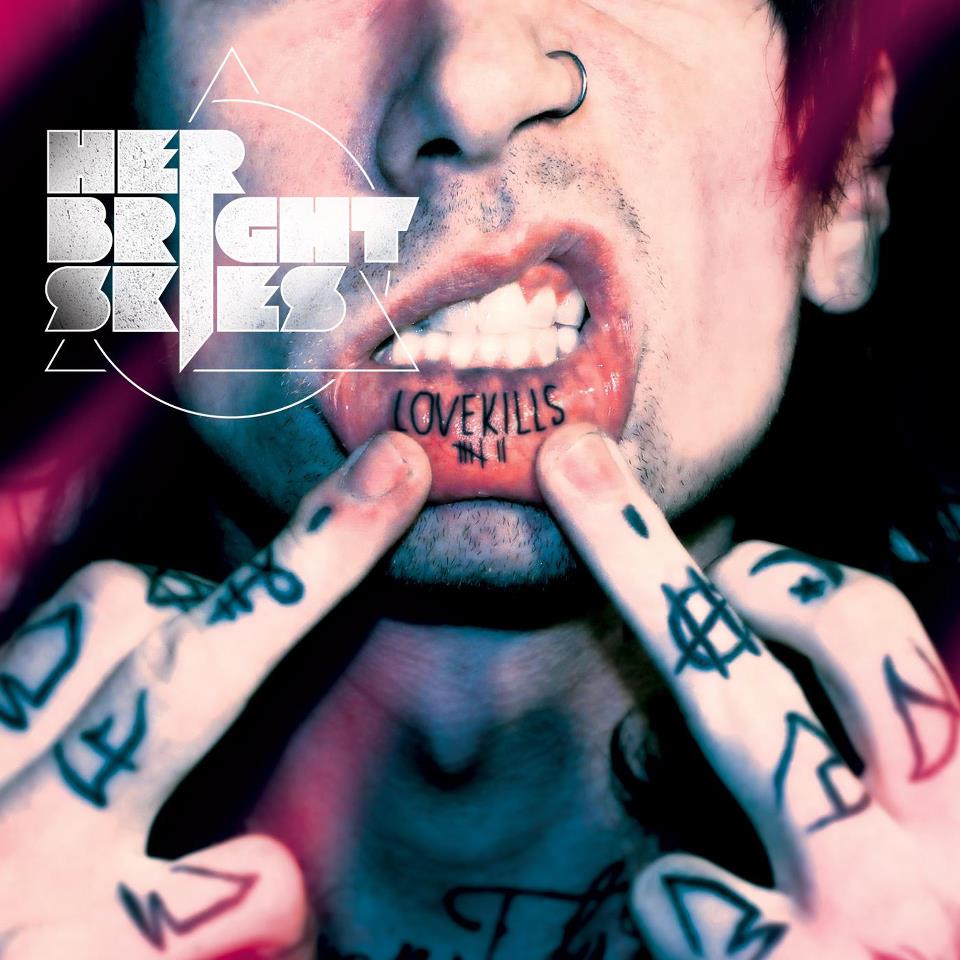 LOVEKILLS interview with Her Bright Skies

Today is a special day for us, we celebrate the 50th interview of our new section dedicated to discover, directly from the artists, the meaning of their songs.

We are also very happy to celebrate it with Her Bright Skies (http://herbrightskiesofficial.tumblr.com) as a special guest: the band is having a great success with their last album “Rivals” and currently touring USA.

Pete Nilsson answered to our questions:

RYL: The US tour is almost going to finish, we saw some videos of the concerts and you gave a lot in terms of energy, what are you taking back from this experience?

Her Bright Skies: That we’ve got a long road ahead of us if we wanna achieve what we want in the states. It’s a huge country and it will probably mean more work than what we’ve ever faced before. But we’re of course looking forward to continue playing America.

RYL: Tell us the funniest thing that happened to you during it….

Her Bright Skies: Last show was just amazing. All the bands pranked each other and afterwards the venue brought us a bunch of beers and pizza. We just hung out for a few hours before we had to say goodbye.

RYL: Let’s talk about your songs; why “lovekills”?

Her Bright Skies: The song name really doesn’t connect directly to the song. It was just meant as a name you can remember. The song however is a big metaphor for doing what you want and not letting anybody stop you. If you want something, don’t be afraid of going for it.

RYL: “Rivals” is the title of a song, but also of your last album released one year ago…. What inspired you writing its lyrics?

Her Bright Skies: A lot of the lyrics are about struggling as a band and working hard for what you want to do in life. It’s an album that was meant to inspire, but not in a conventional way. It’s a competitive world and you need to continuously fight to stay alive as an artist or whatever you want to do.

RYL: When you see that your video of “Little Miss Obvious” reached almost 1.000.000 views, what do you think?

Her Bright Skies: It’s an honour to be a part of what this band has become. So many people appreciate what we do and show their love every day and that’s what keeps us going.

RYL: Why you selected that title?

Her Bright Skies: Little Miss Obvious? It’s taken from the song lyrics. The lyrics of the song is about a certain type of human being. I think anybody who reads the lyrics can relate them to someone in their life.

RYL: A tour is always a great inspiration for new songs, have you wrote many songs recently? Would you tell us one of them?

Her Bright Skies: We’ve been busy touring so we haven’t written anything in a while. But now that we’re home for a while we’re gonna start working on some new tracks. So there’s really nothing to talk about yet, other than it’s gonna be a lot of fun and we’re looking forward to it.