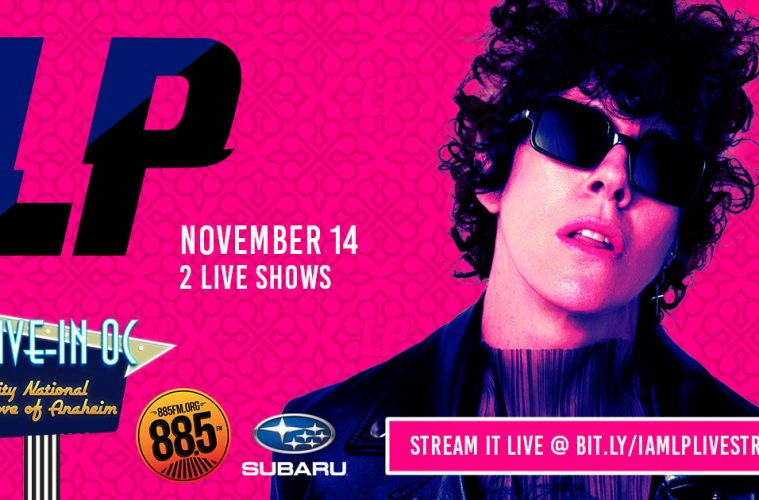 rockyourlyricsNovember 1, 202052 views
News52 views 15 min read
Following the success of her debut global livestream in August, internationally acclaimed singer/songwriter LP is proud to announce that her two Los Angeles-area concerts on Sat. Nov. 14, at Drive-In OC’s “88FIVE LIVE at Drive-In OC with LP” at the City National Grove of Anaheim, will be livestreamed worldwide*. After nearly a year without playing to a live audience, LP is pleased to be able to share her first shows in front of a live crowd with her fans worldwide.
The multi-camera, HD video, 80-audio-channel, concert broadcasts will begin at 3:00 p.m. PT and 8:30 p.m. PT. Each full-production, full-band concert set will feature a set of hits and fan favorites, featuring her current single “The One That You Love,” which has been streamed over 16 million times worldwide; brand-new music, including the first live performance of her upcoming single “How Low Can You Go”; and much more. Passes for the two livestreamed performances are available now at https://iamlp.shop.musictoday.com/dept/lp-live-from-the-gro.
LP said, “playing this drive-in concert is the closest thing we can all get to a normal show for now! Check ‘going to a drive-in’ off the ol’ bucket list finally!! Am I right??  It’s also being live-streamed for all of you who can’t join us in person!”
For those in Southern California on Nov. 14, limited tickets are still available for Drive-In OC at http://www.axs.com/series/11359/lp-drive-in-tickets?skin=cngoa. One ticket per vehicle, each passenger must have a safety belt. Event is rain or shine. For additional information, visit driveinoc.com.
In the lead-up to the Nov. 14 concerts, LP’s August livestream is now available for free on her YouTube channel.
* Nov. 14 Livestream not available in Mexico.
ABOUT LP:
Even while off the road and at home in Los Angeles, LP has remained busy in 2020.  Her first livestream was attended by fans in more than 25 countries. In July, she released her dynamic new single “The One That You Love,” which reunites the team responsible for “Lost On You,” her longtime collaborators, Mike Del Rio (co-writer and producer) and Nate Campany (co-writer). In spring, Her debut live album, Live In Moscow, recorded at Crocus City Hall in Moscow in 2019 in front of a sold-out crowd of more than 6000 fans, was released.
LP rose to international fame with 2017’s Lost On You. The album’s hit title track hit No. 1 in 18 countries and has recently surpassed one billion streams. It was certified Diamond in Mexico and France, 4x Platinum in Italy, Platinum in Greece and Poland, Gold in Belgium and Switzerland. In December 2018, LP released Heart to Mouth featuring the singles “Girls Go Wild” and “Recovery.” “Girls Go Wild,” Italy’s most-played radio hit of all of 2019, again made waves in spring 2020 thanks to a new version of the track featuring Mexican singer Ximena Sariñana.
Currently, LP is writing and recording for her new album, which will be released in 2021.