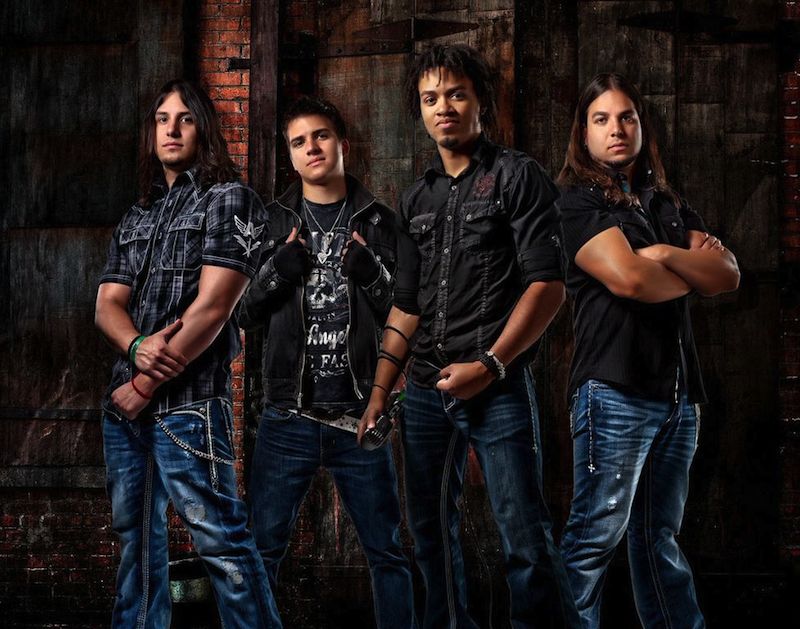 lyrics and a new album soon!! interview with First Decree

RYL: tell us more about your new album to be released later in the year, what do you expect from it ? what it means for you?

First Decree: Our approach is going to be a little bit different in writing these new songs.

We are going to experiment with a little different sound from our last album.

But just like our last album we are going to put a lot of meaning into our songs from our life experiences that we know our fans can relate to.

We are very excited to finish it and share it with the world!

RYL: Tell us everything about “Phoenix”…..

First Decree: “Phoenix” is about being at your lowest low and realizing there is always hope to rise above. It’s about creating something out of nothing.

And as a band its inspiration for us to become bigger and better. That’s why it was the perfect song for us to release as our first single because it tells the story of where we are as a band and where we strive to go.

First Decree: There is common theme for a lot of our songs on our last album.

They all tell their own story but we wanted them to be uplifting and give listeners something to relate to.

They all have the theme of proving to yourself that you are better than what you have been told you are.

RYL:  Do you remember how the lyrics of “Lost in the Crowd” have been written?

First Decree: It started off as a journal entry that our drummer wrote and he then wrote the lyrics to “Lost in the Crowd” based off of that writing.

It was written because there are thousands of bands out there and it’s hard to be heard or seen while competing with those other bands.

You have to separate yourself from the pack somehow to be noticed and that is the meaning behind that song. Rise above the crowd and become something more.

First Decree: We all usually write separately from each other and then when we have an idea we bring it to one another and build off of that idea.

We pull inspiration from life experiences that we have had or someone close to us have had, books we have read, other music, or just things we believe in.

RYL: What inspired “All I Am”?

First Decree: “All I Am” was inspired by experiencing the hate and anger of a friend and putting it into our own perspective. It was based on all the emotions that were witnessed from the friend. It’s a song that has a lot of meaning to us and despite the heavy lyrics it is one of our favorite songs on the album.

First Decree: The most important thing for us while doing music is to enjoy and love what we are doing. We want to be an outlet for other people and give them music to fall in love with as well.

We also want this to be a career and not just a hobby so we have put our hearts into it.

Hopefully that all shows in our songs and when we play live. Oh and the girls of course! 🙂

First Decree: Our favorite verse that we wrote comes from the song “Set in Stone.” It’s a verse about the beginning of this band and why this band even came to be. It means a lot to us. (We built this cold dark tragedy/ Never knowing what our lives will ever be/ The future for us now is one great mystery/ Come whatever may/ Our truths and simple lives filling everyday/ But I know what’s left for me is Set in Stone)

First Decree: The last song we wrote for our last album was “All I Am” which was mostly put together in the studio. We are currently writing new music for our next album but you will have to wait until they are released to know more about them. 🙂

RYL: Tell us about your projects of touring this summer… we heard you are planning few shows with Alien farm and (HED)P.E…..

First Decree: Yea we will be on tour with Alien Ant Farm and (HED) P.E. this spring starting March 26th and running through April 25th.

We have all our dates posted everywhere online so go check those out and come see us. After that we will be heading to the studio to record our next album with Joel Wanasek and then we will be touring the rest of the year! 2015 is going to be full of First Decree so be ready!