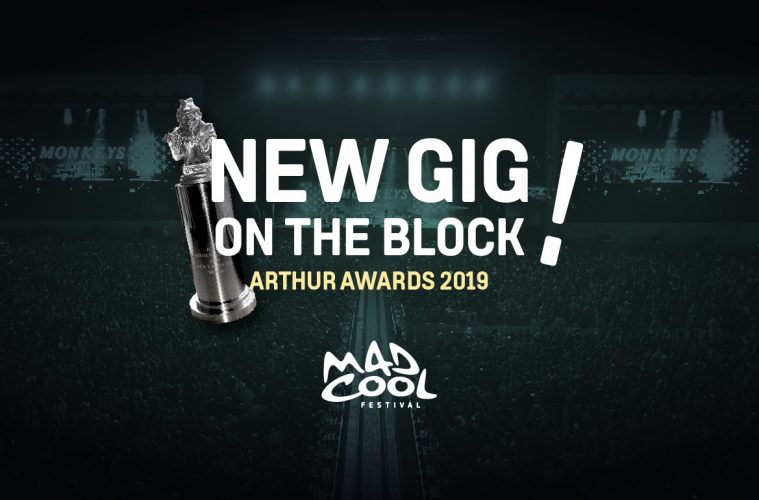 Mad Cool Festival received the Arthur Award for the “Best New Festival“, last Thursday, during the celebration of the XXXI edition of the International Live Music Conference. It is a prestigious award granted by more than a thousand producers of the Music Industry from about 60 countries around the world. This distinction recognizes a Spanish festival, with only three editions of life, as one of the best and most cutting-edge festivals in Europe, an inescapable reference in the world music scene.

The Arthur’s gala, which took place at the Royal Garden Hotel, boosted in this, its 25th anniversary, the new category “Best New Festival“, in which Mad Cool Festival competed. The Madrid festival won over other events such as the British All Points East, Black Deer Festival and Neighborhood, and the French Lollapallooza and Musilac Mont-Blanc Festival, all with less than five years of life. The Madrid event included Pearl Jam, Arctic Monkeys, Jack White, Depeche Mode or Queens of the Stone Age, among other international stars. A total of 121 bands that gathered around 240,000 people during its three days of concert.

This international recognition of the spectacular proposal of Mad Cool Festival is added to that received last October to the ‘Best Line Up’ of the first edition of the VO5 NME Festival Awards, of the NME Magazine, one of the most emblematic musical publications in history that has set the musical standard not only in the United Kingdom, but also around the world.

Since its birth in 2015, Mad Cool Festival had the strong vocation to become a unique musical reference in which to engage not only icons of rock history or contemporary pop standards and electronic music, but also emerging bands that represent the future of music nationally and internationally. A goal that Mad Cool sees rewarded with this award.

In addition to the unique offer and the unparalleled quality of its poster, Mad Cool Festival is not just a music festival to use. It is also a space in which different artistic expressions coexist interactively, from fashion to gastronomy, the plastic arts or photography, with the aim that Music Lovers (in capital letters) can live an even more important experience, global and incredible. Mad Cool Festival will be held in 2019 on the 11th, 12th and 13th of July.