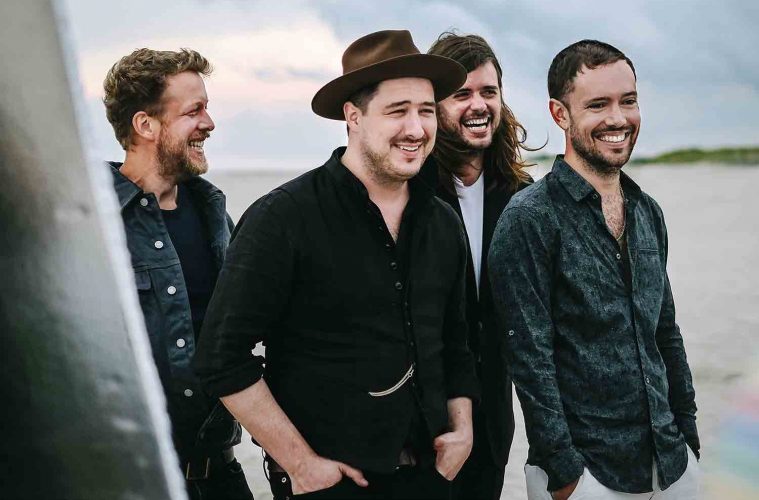 Mumford & Sons and Royal Blood are the big names that will be joining Mad Cool Festival’s line-up, who will become headliners together with Alt-j on Friday 10 July, thereby concluding the line-up for the most important musical event of the year: Mad Cool Festival 2020. And with them, we have a dozen of bands that were already announced previously that were being added to those 103 already confirmed. On 8, 9, 10 and 11 July, Madrid will be dancing to all these bands in an incomparable experience.

Mumford & Sons, Royal Blood, Waxahatchee, The Last Internationale, Shure, The Chats, Loraine James, Leïti Sene, Hunter And The Bear, Pabst, Spielbergs, Playa Cuberris, Grande Days and Maria Guadaña are the 14 bands that make up this new wave of confirmations, with which Mad Cool Festival is showing its repeated support to a diversity of genres and styles: from folk rock to electro pop, but also blues, metal and punk. This way, Mad Cool aims to fulfil the wishes of those thousands of music lovers at one of the most important musical events in the world. With this line-up Mad Cool hopes it can keep improving the experience of the public, just like the 2019 edition, which earned Mad Cool the title as one of the Ten Best Festivals in the World only a few weeks ago, together with Glastonbury, Coachella, All Points East, amongst others, according to New Musical Express (NME).

Mad Cool Festival is bringing two #1 artists as headliners for Friday the 10th. Mumford & Sons is probably the most successful band that belongs to the new wave of British folk music that emerged in this 21st century. Their music combines bluegrass, folk, country and rock. The band was formed in 2007 by Marcus Mumford (voice, guitar, drums), Dobro Winston Marshall (voice, bass), Ben Lovett (voice, keyboards) and Ted Dwane (voice, bass). Their debut album “Sigh No More” (2010) was nominated for the Mercury Prize, Their second album “Babel” (2012) debuted at number one in their home country and earned the Grammy Award for Album of the Year. Since their last visit to Madrid in 2013, Mad Cool 2020 will be the perfect opportunity for us to reunite with one of the greatest bands of our time.

The Brighton duo Royal Blood combines blues-rock with a high degree of ferocity and energetic riffs. With just two instruments, they can create an enveloping and vigorous environment, guided by the melodic intensity of their tunes and Kerr’s touching voice. With their homonymous debut album “Royal Blood” (2014) they climbed to the #1 in Britain and Ireland, toured with Iggy Pop and Foo Fighters and received the Best British Group award at the BRIT Awards. Their second LP “How Did We Get So Dark?” was released in 2017, which is when they visited Madrid the last time.

This past 29 October, Taylor Swift, Billie Eilish, Twenty One Pilots, Pixies, Alt-J and Tove Lo became the first six names that got the line-up of the Madrid-based Festival’s 5th Anniversary started. A diverse and one-of-a-kind line-up, that used the classic social media revelation dynamic, whereby new names such as Deftones, Foals, Jamie Cullum, KHALID, HAIM, The Rapture, YUNGBLUD, Anderson .Paak, Four Tet and Major Lazer would be announced every week . After that, Mad Cool Festival kept surprising with new waves of more than 30 groups, such as the waves that were led by The Killers, Kings of Leon, Faith No More with Angel Olsen, Charli XCX, and Nina Kraviz, or the one that took place at the start of the year, with Placebo, Glass Animals, Parcels and Kali Uchis.

Since the winners of the Mad Cool Talent by Vibra Mahou are still missing, Mad Cool Festival is finalising its line-up for 8, 9, 10 and 11 July. Get your tickets here: