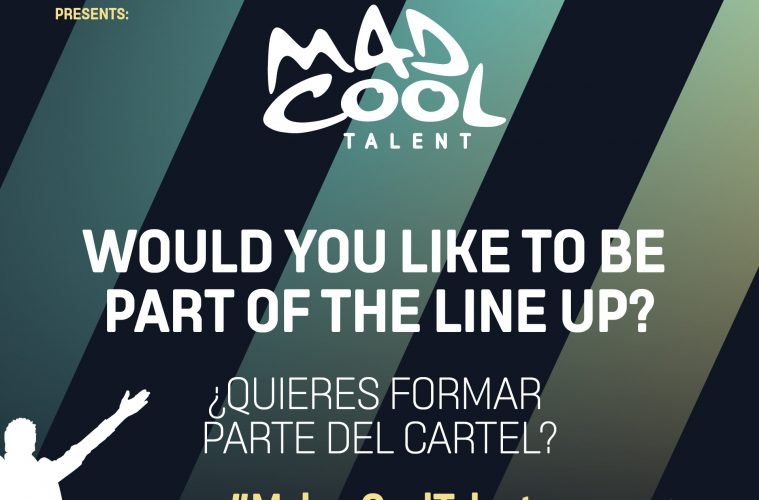 Bon Iver, The Cure, The Smashing Pumpkins, Vampire Weekend, Ms. Lauryn Hill or Empire of the Sun… but also seven new bands to which Vibra Mahou and Mad Cool Festival give the opportunity as top representatives of emerging talent. They will be the winning bands of Mad Cool Talent 2019, the international Competition of emerging bands that, in their fourth edition, continues to grow. In fact, this year, thanks to its growth, it is unfolded with a British edition, in order to respond with two platforms to its spirit: to promote talent and the future of music. Thanks to this contest, first-line consecrated artists and emerging bands will share the same scenario.

Mad Cool Talent was born four years ago with the vocation and goal of promoting and promoting young talent. In 2019, Mad Cool Festival and Vibra Mahou it once again ratifies this commitment to music and new talent giving the opportunity to the seven winning bands of the contest will who perform in the Mad Cool Festival and in their Welcome Party on the eve. That is to say the 10th (WP), 11th, 12th and 13th of July of the Festival.

Bands and soloists of all styles can register from today April 30, at 12 pm (Spanish time), until May 13, through the website of the contest www.madcooltalent.com

The contest is divided into different phases, four for Spain and three for the UK. After the first phase of registration, there will be a second, in which a jury of professionals from the music industry will select 50 bands in both competitions that will go to the third round. In this third phase, it will be the popular vote that selects the 15 bands that will go to the final and last phase in Spain, which will take place during three days three days of concerts in some of the most emblematic venues in Madrid. The winners will be announced on June 19. In the case of the UK, the two winning groups that will become part of the cartel will come directly from the popular vote, without a concert stage.

3.- Between May 13 and 27, the specialized jury will select the 50 bands that will advance to the next round.

4.- After the verdict of the jury is made public on May 27, the public will be able to vote for their favorite group at www.madcooltalent.com from May 27 to June 2.

5.- On Monday, June 3, the 15 most voted bands by the public will be announced. These bands will go to the final. But their future will be decided in three concerts on June 11, 12 and 14, which will be held in the Costello, Sol and Clamores rooms with free admission until full capacity is reached.

6.- On June 19, the names of the five bands that will be confirmed as winners of Mad Cool Talent 2019 and will be included in the Festival’s Line Up along with The National, Bon Iver or The Cure.

1. Registration on the web www.madcooltalent.com
2. Voting of the jury, which will be composed of the two most prestigious media in the music field in the UK: NME and DIY. Each of them will choose the 25 most voted bands that pass to the popular voting phase.
3. Popular vote. The two most voted bands will become part of the poster.

Chelsea Boots, Veintiuno, Frank’s White Canvas, MokuMoku or Mavica are some of the names that rose as winners of the Mad Cool Talent in their previous editions. Bands  that today have won important place in the Spanish music industry and have contributed to Mad Cool Festival becomes, in just three years, in an indisputable quarry of emerging talent.

With this initiative, Mahou continues to demonstrate his commitment to music and shares the passion, the soul and the closeness between the artists and the audience, with a very great flavor. Because every day Mahou Cinco Estrellas taste more like music.