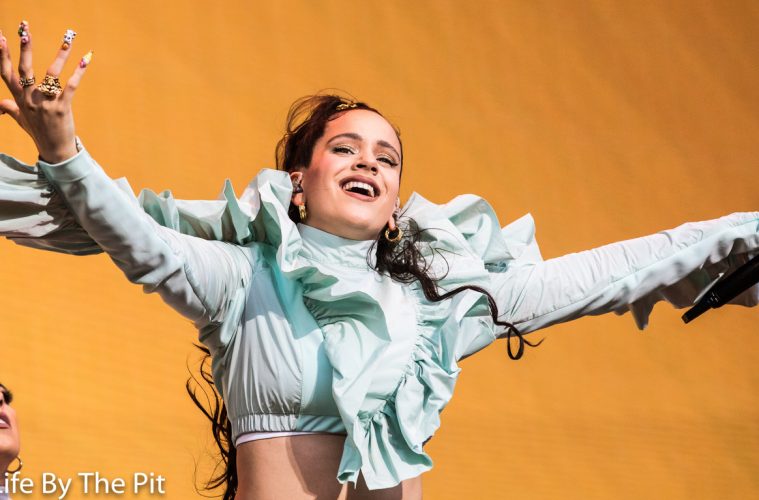 MAD COOL OPENS ITS FESTIVAL WITH AN ECLECTIC LINE-UP

The first day of Mad Cool Festival, after the great reception of the previous day with the Welcome Party, gathered 47,471 people who could enjoy a festive and unbeatable atmosphere that began when Nao took the stage ‘Madrid Te Abraza‘ around 18.25 h. in the afternoon with his new and acclaimed album “Saturn“.

Five minutes later, Capaldi Lewis premiered on the stage ‘Community of Madrid‘ with a full house. The 22-year-old, heartbreaking voice, broke his throat, yes, before starting to sing. He threw an improvised war cry to his fans: “I am Chewbacca.” Noel Gallagher, who hours later would act under the same sky from Madrid, had baptized him in the morning in IG with that nickname of Star Wars.

Tash Sultana was one of the surprises of the day. He drew attention to his powerful voice and his staging free of divism, barefoot, with a battered guitar. The Australian rose to fame two years ago, when she recorded home videos in which she played more than 15 instruments. From there he jumped to festivals around the world. Meanwhile, La Dispute, American hardcore band, filled the other end of the festival with energy with its powerful live. And Molina Molina put the note of ironic disenchantment with his album La gran esperanza blanca, in a live show of pure pop, followed by the band Foxing, with a brilliant bolus of indie sound.

Sg Lewis brought his stamp of identity: a mix of synthesizers with house music and eighties air record. The avant-garde of electronics was provided by Jass, an artist from the north of Spain with an eclectic proposal, whose mix, once hectic, produces an experimental and innovative style.

Starting at nine o’clock at night the main courses arrived. Ms. Lauren Hill began her show with a session of her DJ, who winked at the Festival by clicking on Rosalía, headliner of the Welcome Party. Hill, who became known when he was part of the legendary band The Fugees, performed for the first time in Spain and chose Mad Cool to show his personal style. Moreover, in his second song he paid tribute to the city of Madrid, citing it in the lyrics of the song instead of the original “New York“.

And it was time for the legend: Iggy Pop. Only his presence on stage transports the whole history of rock, punk and music in capital letters. But when he began to shed his great classics there was a confirmation of why it is unmatched, why you should listen to him live at least once in a lifetime. For these moments you have to go to a Festival.

In the electronic tent, Tokimonsta, the American experimental singer, achieved an enveloping and intense sound with which the artist tries to show her sensations after suffering a rare brain disease that prevented her from speaking and hearing. And on another stage, with another completely different style, the very young Amber Mark – born between Europe and Asia, and currently living in New York – produced her own music in which she combined Brazilian soul and bossa nova, with pop themes.

Bon Iver offered an intense, intimate recital, with songs that touch the sensitive fiber of the public. Not in vain, this American has the strange ability to compose emotionally charged experimental music and, at the same time, fill stadiums or festivals like Mad Cool that bring together thousands of people. Noel Gallagher, who does not seem to be a man who tends to melancholy, claimed his past in Oasis with songs like “Wonderwall”, “Do not look back in Anger” or “Stop Crying Your Heart Out“. And with that same nostalgic vein, he ended his concert with “All You Need Is Love“, the mythical hit song of The Beatles.

Perry Farrell‘s, emblematic leader of Jane’s Addiction, presented with her new line-up, Perry Farrell’s Kind Heaven Orchestra, her new album, an album in which she experiments with electronics and alternative rock and which makes her an icon of rock. And in the antipodes, Vampire Weekend with its nineties pop, which live surprisingly sound like Caribbean reggae, African music, world music … In fact, a ball of the world among tribal lights served as background in their concert on stage “Mad Cool.”

The Hives made the proximity to their fans their hallmark. All a show of staging and fun. They left more than clear that they are unlikely heroes of rock.

The Chemical Brothers claimed that the 90s have not died. However, the pioneers of electronic music were not anchored in the decade of synthesizers par excellence and their evolution is continuous. So much, that they manage to be ahead of their time. Mad Cool brought their latest album, “No Biography“, but they also remembered some of the songs on those albums with which they sold up to 12 million copies.

Mad Cool Festival is committed to emerging bands, both national and international, with two of its stages dedicated exclusively to them: the “Consequence of Sound“, where Pierce Brothers, Molina Molina, Foxing, Amber Mark, Rews and The Snuts performed; and the “Mondo Sonoro“, in which the public was able to discover bands like Gentleman Clef, Sheafs, Kokoshca, Let’s Eat Grandma, Haiku Hands, Red Gurd and, finally, Dj Mayo.