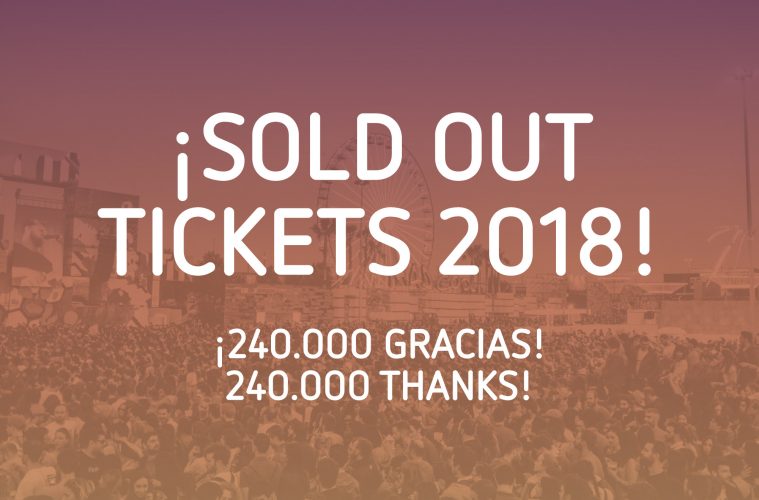 MAD COOL SELLS OUT FOR THE SECOND CONSECUTIVE YEAR

It’s official: the 240,000 tickets for Mad Cool 2018 have all been sold. The festival, which this year celebrates its third edition, has sold out for the second consecutive year; (selling 80,000 tickets for each of the three days) a week before its celebration to be held on 12th, 13th and 14th of July.

The Mad Cool Space (located in Valdebebas-Ifema and of multidisciplinary nature) has the capacity to house 80,000 people a day (35,000 more than in the previous edition) and has seven stages (two more than in 2017).

With a poster described as “historic” by numerous specialized publications – and led by Pearl Jam, Arctic Monkeys, Depeche Mode, Queens Of The Stone Age and Jack White – the 2018 edition of the festival is, in its own right, one of the most interesting large scale musical offerings on the European and world circuit that according to an estimate, will have an economic impact in Madrid of 50 million euros. Thousands of people from many parts of the world (such as the United Kingdom, Poland, France, Georgia, United States and India, among others) will meet in the capital city to experience Mad Cool in a new venue that will give prominence not only to music but also to different disciplines such as art, dance and fashion.

The Mad Cool organization wants to thank both the public and the trade press for the great support we’ve received. We also want to acknowledgment both the city hall and the regional goverment of Madrid, as well as all the partners and sponsors of the festival. This success would not have been possible without the collaboration of all of you.

The countdown to Mad Cool 2018 has already begun. Thank you for supporting live music. See you very soon!