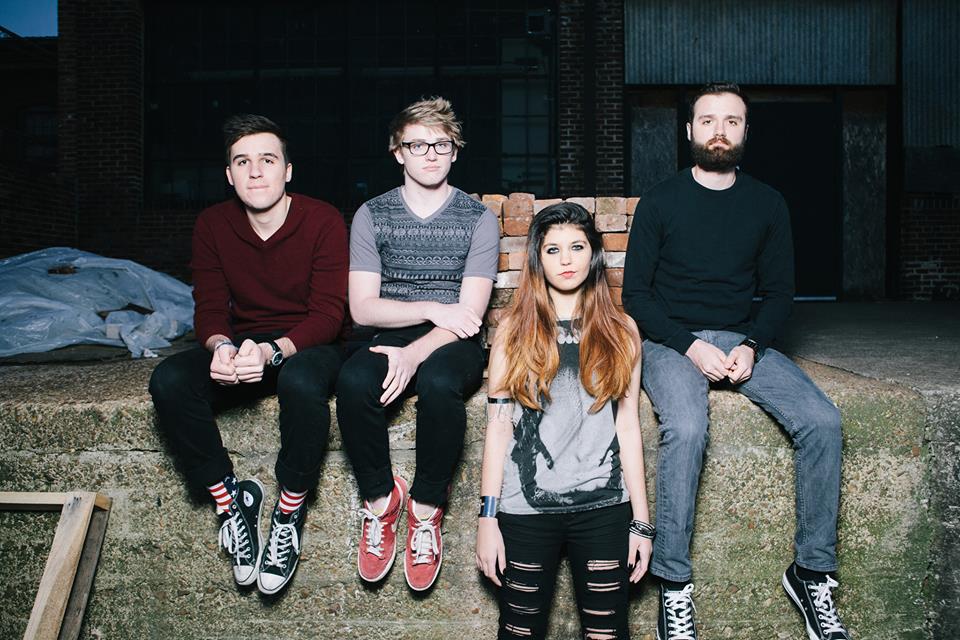 Made of Matches – interview with Carmel Buckingham – THE HOUSE UNITED

RYL: Your new album is titled “Made of Matches”; lyrically speaking, what does it represent for you? How was the reaction from your fans to the new songs?

THE HOUSE UNITED (http://www.reverbnation.com/thehouseunited): Fire was a big theme for us in the album, which is noticeable in a lot of the songs, and we felt that Made of Matches represented what we were trying to say.

Each song is very different musically, but you can definitely see similarities lyrically. It covers a lot of related themes; loss and destruction and despair — and hope.

RYL: Among the new songs released is “Emergency”….What inspired its lyrics?

THE HOUSE UNITED: Emergency was our take on the feeling you get the first time you fall in love. It tells the story of someone who’s falling in love and really has no idea what to do with those new and terrifying emotions that they’re feeling for the first time.

THE HOUSE UNITED: The songs each tell a different story, but all with a similar attitude and outlook. ‘Phoenix’ embodies this sense of empowerment and rising out of a dark situation.

‘Who Am I’ is an anthem for the lost, for the confused, for those beaten down and oppressed. ‘Girls’ has a very pessimistic view on love and relationships, while ‘Out of Time’ shows this odd sense of hope and faith for a relationship.

Though they all have very different stories and backgrounds, every one of the songs on this album speaks to a fundamental part of adolescence.

Be it love or fear or hope, confidence or insecurity or depression, they all offer something to a young person growing up and dealing with those emotions.

RYL:  Do you remember how you wrote “Stay Alive”?

THE HOUSE UNITED: ‘Stay Alive’ is one of those songs that can be interpreted in so many different ways.

I’ve had people tell me that they can relate to this song with their friends or significant others, but to me, this song is dedicated to rock music.

I wrote ‘Stay Alive’ to portray how powerful music can be and how much it can help in dark situations.

THE HOUSE UNITED: I honestly don’t really have a process.

Sometimes I’ll come up with a line or a verse I like and I’ll mull over it until more comes to me, and other times I’ll sit down at the piano with the goal of writing a song. I’m very picky with my lyrics – even if I like something when I write it, odds are two weeks later I’ll wonder what I was thinking when I wrote it.

But then I’ll write a song that I can just feel is different, that really means something, and it still will two weeks or two months or two years later.

THE HOUSE UNITED: I think the best lyrics, at least on this album, are from the bridge of ‘Girls’, which is:

Love is a familiar game, so come on, baby, let us play

Love is a four-letter word, but so is hate and pain and hurt

Love is like a cigarette, so light me up and don’t forget

Love is a four-letter word, but so is loss and cost and hurt

Love will claim to be forever, but your so-called love just screwed me over

Love is madness in your head, love is loneliness in bed

Love is when your hair’s a mess; the walk of shame in last night’s dress

THE HOUSE UNITED: ‘Scarecrow’ was inspired by a close friend of mine, who’s one of those people that just exudes confidence and power and light, who was shattered after getting into a relationship that was unhealthy and mentally draining in every way.

‘Scarecrow’ is about that love that you can’t explain and can’t leave behind, but at the same time is so damaging and heartbreaking.

RYL: “New Hampshire” is our favorite, what is the meaning behind its lyrics?

THE HOUSE UNITED: ‘New Hampshire’ is one of my favorites, too, actually. I find that the songs that are real and personal always connect the most to other people, even if you have no idea what it’s actually about.

‘New Hampshire’ is about that ex, the one that you don’t know why you still love. The one that promised you they loved you and then left with no explanation.

That ex that made you believe in love and then broke your heart with a snap of the fingers. ‘New Hampshire’ is pure honesty.

When you’re going through a break-up – especially when you’re the one being broken up with – you feel the need to be mature and accepting and “no, of course I understand”, but ‘New Hampshire’ is the emotion hiding behind all that; the bitterness and angst that you’re just yearning to expel.

RYL:  Will you be touring soon?

THE HOUSE UNITED: Man, we hope so. Playing shows is one of the best parts of this whole job. Being on stage gives you this strange rush of adrenaline and energy and it’s amazing getting to share our music with people.

While we don’t have any definitive plans to tour yet, we hope we will be able to soon.

THE HOUSE UNITED: We got to open for a show by The Nearly Deads, along with Hollywood Kills and We Are The Finale, at Exit/In here in Nashville and it was definitely our greatest show. Austin’s drum sticks flew out of his hands, but he recovered well, and it was the first show where Brandon didn’t break a string on his guitar!

It was a lot of fun and all the other bands were incredible; definitely an experience.