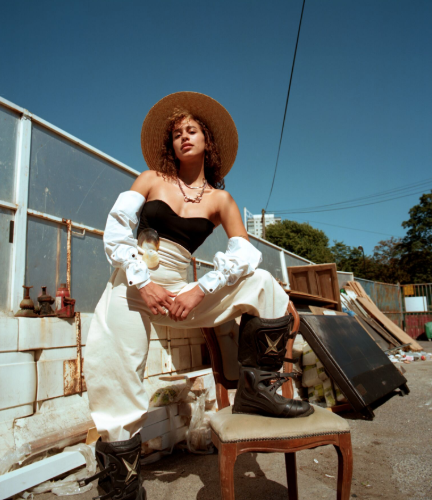 Following the new release, Maeve will bring her live show to Dalston’s SET Space on February 16th for a leftfield immersive night of live music and drag performance with 3D artwork and an animations throughout.

Having released her debut EP ‘Beasts’ at the end of 2018, Maeve went on to round off a triumphant year when she was announced as a recipient for PRS Momentum Funding in October, past beneficiaries of which include Years & Years, Little Simz, Ghostpoet & Yungen.

Speaking on the collaborations, Maeve said: “The animation and the remix came together really easily and organically. I knew NULA would keep it dark and moody but would also take the track in a new direction. I got sent these really twisted visuals and I knew straight away that I wanted to incorporate the remix into them. I often write about the world and my experiences through a dystopian lense so it just made sense“.

On the remix, NULA (Nadiah Adu-Gyamfi and Luke Osborne) said: “We wanted to open up both the song and Maeve’s unique vocal by sonically transporting it into another vortex. We used authentic analogue synths and experimental pallets to interpret it in our own NULA sound whilst staying true to the lyrics, vibes and feels”.