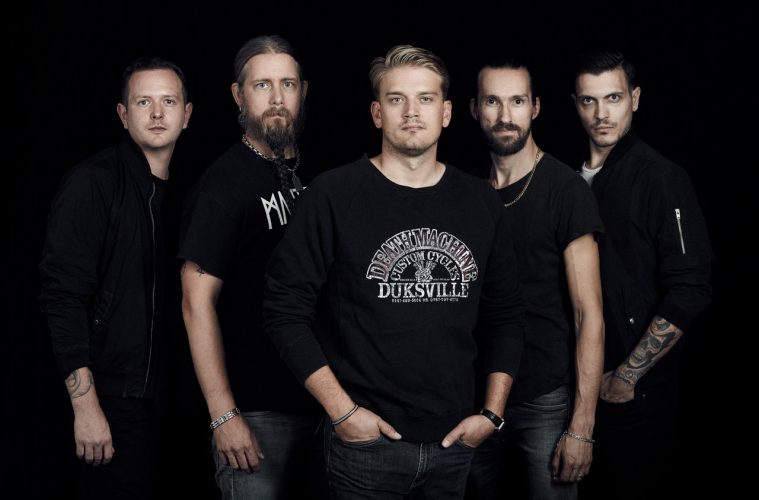 Make Me Stronger – Interview with My Dark Rift

It depends on the idea. Sometimes I work from concepts and other times I check my notes and work from there. A third time we are writing together so we have no set way of doing things in My Dark Rift the end result is what matters.

For me it is the fact that a song can make you feel something. So to find a way to express what you want to say and capture it with the right emotion of sound is what´s important to me.

No, I think it does not matter who you are. If you write music bits and pieces of who you are going to shine, through, so why hide it. Of course, it can feel a bit personal at times, but that is just a part of what makes it feel genuine.

Well, I can’t possibly choose one, so I have to stick with a boring answer. I think, in the end, that´s not for me to decide, but for the people listening to the songs.

What inspired “Make Me Stronger” part of your latest album?

What inspired the song was actually the working title we used for the song. When we work on songs we usually give them some stupid names of the top of someone’s head just to name it something when you start tracking. In this case the working title was something like ‘death lizard’ in Danish. This made one of the members think of an old boss he had and the rest is history as they say.

Do you remember the day you wrote “Make me stronger”?

Well, the process of writing in My Dark Rift is something that everyone takes a part in so it happens gradually with a lot of members involved over time, so I guess I don’t, but I do remember the process.

There is and there isn´t. This is our first release as a band, but we have a lot of songs for the album already recorded. It is not a concept album or anything like that, but there is a common goal that I think shines through. The goal is that we collect our songs under a sound more than under a genre. This gives us the opportunity to take in and use things from a lot of different genres while still sounding like us.

Our guitar player Kristoffer Folin produced the songs and I think the best advice he gave me was: “it would go a lot better if you would play the right notes.”

Release more songs and start booking shows so we can come out and meet all of you awesome people, of course.