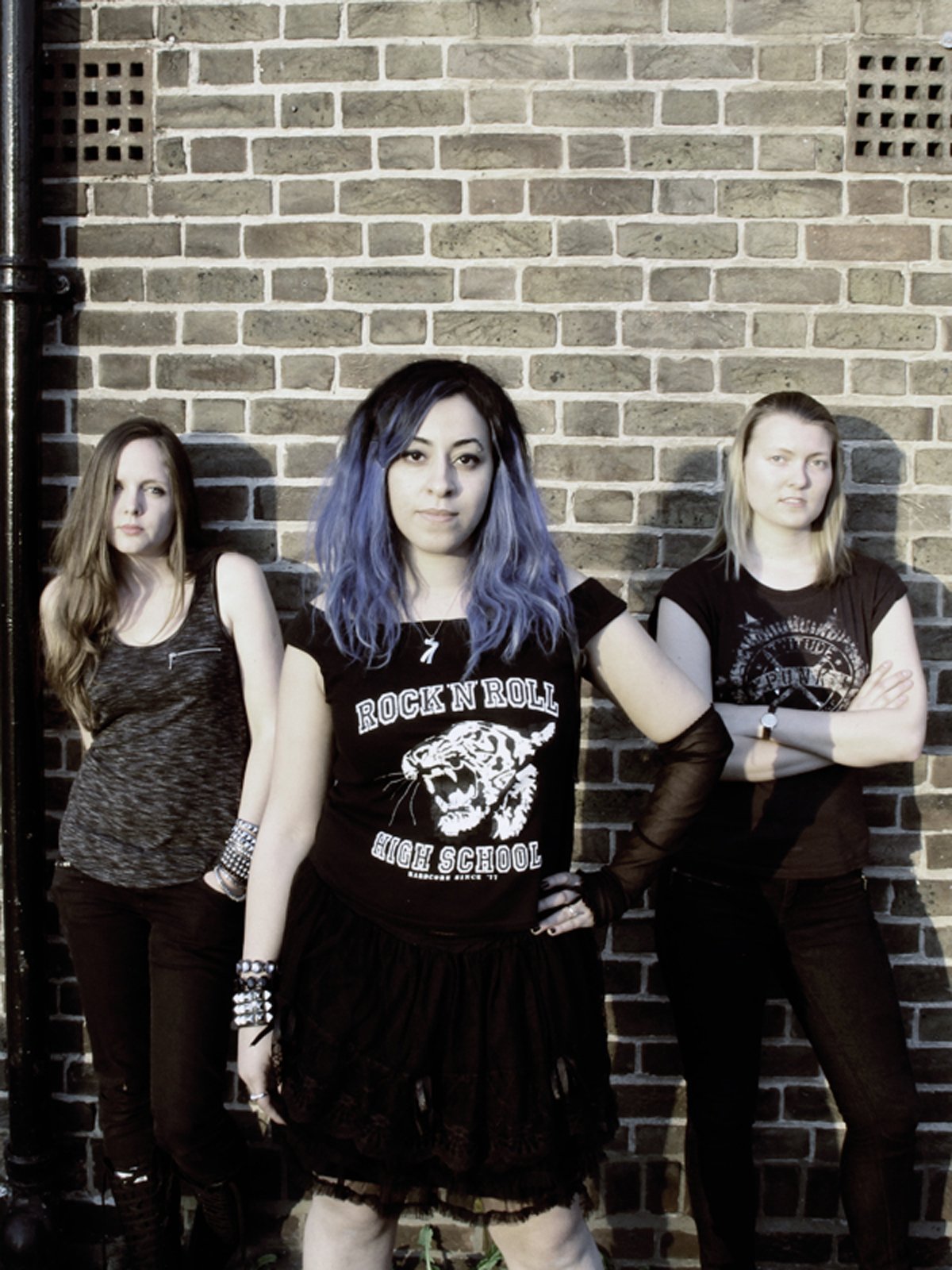 MAKE UP – Interview with THE KUT

Maha, singer of The Kut http://www.thekut.co.uk answers to our questions on their new EP to be released monday! Discover more about it…..

RYL: Your new EP will be released in few days, how do you feel?

THE KUT:  Hey thanks for the interview. It’s been a long time coming with the EP, and the process has been bittersweet.

We made mistakes and held back on releases due to label negotiations. It wasn’t something we planned but it happened and this year we are dead set on getting more music out there. We never stopped writing, which was a good thing I guess, but it means we have a lot of material waiting to come out.

The Make Up EP is combing some of the newer tracks like No Trace, Make Up and Mario with some previous releases, DMA and Closure. Now though, we are getting excited. We are seeing good reviews come in and the latest videos have been well received, I guess it’s all go at camp The Kut : )

RYL: What is the meaning of “Make up”?

THE KUT: Make up was a song that had been floating in my head for a while. It was just the idea that words and emotions aren’t always the same thing and it is just like they go on and off on a switch sometimes. It was also about depression and the idea that you are fighting for something.

I guess it was therapeutic. In some ways people load their negative emotions onto you and they can impact how you feel. Escapism comes into that too, because it’s just too easy to drown it all out and get wasted but it was just saying that those negative emotions belong to the bearer and you also don’t have to let them affect you at all. They aren’t even yours to drown out.

RYL: Tell us about how you wrote “Mario”, your new upcoming single/video?

The KUT: Mario came about as a total mess about to start with. I was playing the super Mario theme tune and then something extra happened.

When the girls joined in it became something extra. It was the first song we’d written together as a band and when we play it live we usually open with it. We love playing that one live really, it has a great grungy energy live.

The lyrics were really a plea to the world, a cry out against the frustration. I guess the idea that we are all sold something, or promised something – if we work hard we can do this, we can be this or that… but the more you think about it it feels like we were part of a dead generation of forgotten kids. It’s just as though no one really cared about getting us through or delivering on those promises.

With so much discrimination against the ‘alternative’ and then the music industry, so many things to fight for and just a wasteland to fight them in.

The Kut: Haha, now that is a tough one. There’s quite a few but for different reasons.  I think after our gigs in Bristol this weekend gone, I’d say Bad Man is one of our favourites. It’s upbeat and it seemed to go down really well. We got 2 encores and people were shouting out for it so we actually played in twice! It’s also one where I get to do some screaming which is always fun.

I don’t do it much in the set but I think more and more will creep in here and there over time by the looks of it.

RYL: Which is the best verse ever wrote in a rock and roll song?

The Kut: Haha, wow, that is a really tough one. We love so much different music it’s difficult to say. I’m really loving the lyrics in the new Janes Addiction album, the opening track about us all being hustlers is just epic. I don’t know it word for word, but hopefully you get the idea.

How you doing, bro? Is New York  Holding you up or is it letting you down?

I have missed you all heaps And I’ve re-planted my feet back in the underground  I’m a hustler, hustler

RYL: Which was the major Achievement in preparing the release of this new EP?

The Kut: I guess just getting in the studio was a milestone in itself haha. It was something we hadn’t done for a while and it was long overdue for us.

It was amazing to work with James [LeRock Loughrey], he’s a great producer and made everything sound like we would have hoped and more. I was sick in bed over Xmas and uploaded the new tracks on the BBC Uploader and all of a sudden it was airing on BBC Introducing.

It was such a great feeling and it really helped the label push us out there a bit too. I’d have to say personally though, getting our video on Scuzz and our single on Kerrang! Radio were massive highlights.

I guess sometimes people just expect we play pop or indie because we are female, so it was great to be getting out there and letting everyone know we weren’t dead.

The Kut: I write a lot of songs, so a lot of them make it in to the rehearsal and we arrange it all as a band. Although, we are becoming more and more creative as a gang rather than with me writing alone.

If we are writing together as a band, it’s just more material for us and definitely a win-win situation, so if there’s a drum beat that inspires a jam or a bass riff that kicks it off, that’s always fun. I guess as a band we have to be able to inspire each other too.

Sometimes it’s just a matter of minutes and the whole track is done, like when there’s something you feel really passionately about and it all comes together.

One of our new tracks Hollywood Rock n Roll was written start to finish in about 10 minutes in rehearsal. Fidan had an idea for a riff and the chorus was rolling around in my head since I’d just got back from Hollywood, and bang it was done.

The Kut: This week we’ve been doing some unplugged shows before we kick off with the main dates, well, when I say unplugged it’s electric guitar and acoustic guitar, but for the first time I’m also doing a bit of drumming and singing just for the upbeat ones.

I’m joined by Stacey Douglas from ICOSA and it’s a stripped back version of the band set, just something different. Other than that we are really looking forward to the full band shows too.

We’ve been invited back to a lot of these places, which is always a good sign.

RYL: Our favorite song is “No Trace” did you remember how you wrote it?

The Kut: No,Trace was a track that was in my head for a while but wasn’t finished. I mean, it was there lyrically and with the chords were there, but the style wasn’t quite there in terms of how I wanted it to sound.

When I came up with the drum beat it was a real eureka moment. I play guitar and sing in the band but I’ve also drummed for 10 years, so sometimes I come up with the drum parts and on this occasion I had a really firm idea of how I wanted the track to feel. Amanda was a real pro with that and the drums had exactly that feel in the studio as they did on the demo.

After that it just fell into place. We’d never played the track out at a show and the first time Ali played it was in the studio to lay down the bass part! It was epic sounding and she knew exactly what it needed to give it the edge.

At first I wasn’t feeling some of the parts but it was definitely the right choice. It was our newest track to go on the EP, so it was in some ways a chance, but it’s been well received and we love playing it out now. It definitely feels like our sound.

RYL: Which is the weirdest instrument you ever played?

The Kut: Haha, um, I guess it has to be the recorder. I mean, what is that about making everyone learn it at school?