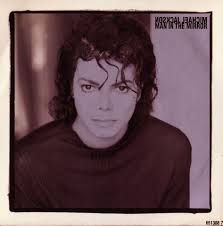 Man in the Mirror – Michael Jackson

Few weeks ago we participated to the Dubai Music Week and we had the opportunity to meet one of the best producers of all time: Quincy Jones.

Together with him, the amazing Siedah Garrett, singer and songwriter of very famous songs, among them : “Man in the Mirror” of Michael Jackson together with Glen Ballard

The song has been released in 1988 as part of the extremely successful album: BAD.

Siedah explained that she started to write this song two years before, while she was at a friend house; in front of her the “HIT KIT” composed by a notebook, a pencil and a voice recorder.

Her friend was talking over the phone and, while doing that, she  pronounced the words “man in the mirror”…….Siedah loved those and wrote them down.

Two years later, she was at the recording studio together with Quincy and Glen that, at the piano, started to play the first notes.

“The words Man in The Mirror literally popped up magically from the hit book” Siedah said to us….. within 15 minutes the first verses were ready.

By night the song was ready, she gave it quickly to Quincy that, once listened said to her that this was, by far, the best song made in the last 10 years.

All the rest is legend………………or better history of modern music.

Thank you Quincy, thank you Siedah!