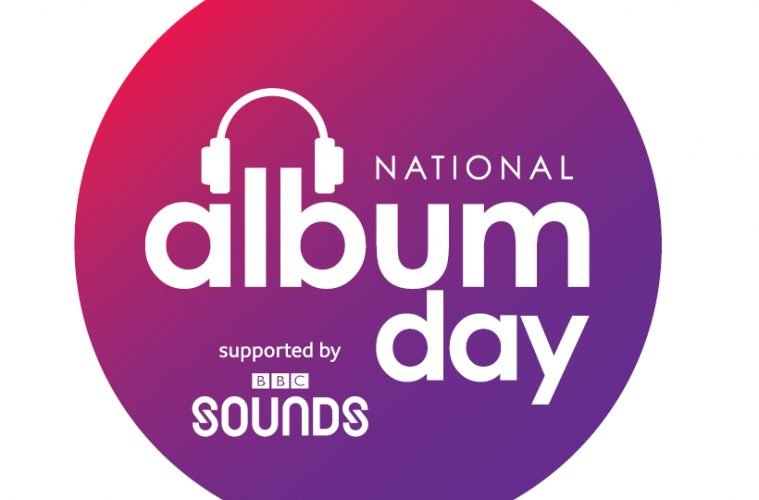 The music & artist community will come together with the support of BBC Sounds for a series of events and activities in the lead up to 12th October that will celebrate the UK’s love for the album and the craft that goes into making this culturally significant body of work.

This year National Album Day is themed around the notion of ‘Don’t Skip’, to encourage music lovers to discover albums – both new and classic – in full, as a complete body of work that tells a story. The theme will also serve to highlight the wellbeing and mental health benefits of album listening as a form of musical mindfulness.

Each album champion not only represents the current, diverse musical talent that is borne out of the UK, but will also reflect on other artists and albums that have inspired, shaped and defined the culture and spirit of British cities and regions.

“Absolutely buzzing to be part of National Album Day! Unreal to have finally released my debut album this year & find out that not everyone hates it!

On the whole I’m very proud of it, although I won’t lie there’s probably a few stinkers on there, but I’m only human. Hope you don’t hate it but if you do don’t worry, it’s only my life’s work.”

“Some artists see the album as a collection of short stories, we see the album as a novel.  Songs are often included or omitted on account of the balance of the overall record rather than on their individual merits.  We looked forward to our B-sides album from the day we wrote our first B-side and we had its title, ‘Dead in the Boot’, very soon after we titled the first album ‘Asleep in the Back’.

“In the way that my dad measured time by what car he was driving and not by age of any of his 7 children, we all measure what has happened to us in our adult life by what point we were at on what album. Each of the albums is the memory of a million decisions made together over many years, but you can boil the whole thing down to one single question that we ask each other every single day “What do you want to hear next?” To suggest the album is under threat because of playlists is to suggest that movies will disappear on account of television, they are two completely different things.”

“I’ve been an ‘album girl’ ever since I was a kid. I’ve always been more interested in a 40 minute listen over a 4 minute one. I think it came from the way my parents used to play music around the house and put on different albums at dinner, when I really got into listening to full projects whilst eating together and talking about our days. I found it comforting then and I still do now.

“I see myself as an ‘album artist, which in my world means timeless music that you don’t skip past. I want to make whole pieces of work that other little girls like me find comfort in listening to; a 40 to 60 minute dreamland where they can be away from the world. That’s why I’m supporting National Album Day. Streaming has changed everything. I want the kids younger than me to feel about albums how I did.”

“The other day I was feeling down, wandering through Brooklyn with no direction home, and I happened across the WFMU record fair. I spent A LOT of my 20’s in record fairs, but hadn’t been to one in a while. Instantly the sight of all the records, mostly in bins, some tacked onto make-shift cardboard dividers, lifted my entire mood. The infinite possibility of stumbling across some random 60’s psych record or a rare soul record I had never heard of felt so invigorating. All the dealers with their crazy, wildly nerdy knowledge. This community of people who existed around this one thing – the album. I was so happy to be a part of that.

“To care so much about one thing. The album has brought me pure joy since I was old enough to remember. I don’t think it will ever stop doing that.”

“After the success of last year’s National Album Day, ERA and the Record Store Day team are thrilled to be working with our friends and colleagues at the BPI and BBC again. We have seen first-hand the success that can be achieved when labels, retailers and the industry come together as united force so we’re expecting an even bigger and better celebration to highlight the art of the album and the joy of long-form listening to music fans of all ages.”

“The album is where an artist gives the fullest expression to their creative vision at a given moment in time. It’s a musical novel, where multiple themes can intertwine to deliver a cultural experience deeper than a single song, the summit of a performer’s art. We believe that albums matter to artists and to fans, and after a successful first outing in 2018, we’re excited to step up our celebrations for National Album Day in 2019.”

BBC Sounds is supporting the day as official broadcast partner through programming and editorial across BBC networks.

Last year’s NAD event coincided with the 70th anniversary of the LP, with numerous artist ambassadors including Paloma Faith, Public Service Broadcasting, Jess Glynne, Novelist, Alice Cooper, and Tom Odell supporting the campaign. It was also celebrated through retail events, Classic Album Sundays artist Q&As and playbacks, and a Network Rail exhibition of iconic album artwork. A social media campaign at 3.33pm on the day saw fans unifying to listen to their favourite album.  Details of NAD 2019 activity to be announced in due course

Albums remain hugely popular as part of a changing music landscape – 143m albums or their equivalent were either streamed, purchased or downloaded in the UK in 20181 – worth approximately £1.3bn at retail, and representing a near 6 per cent rise on the year before. As part of this, 4.2m vinyl LPs were sold – a 2000 per cent rise since their low point in 2007.

Organised jointly by record labels body the BPI and ERA (Entertainment Retailers Association), representing the nation’s music retailers and digital/streaming platforms, and with the active participation of AIM (Association of Independent Music), National Album Day has the backing and input of the wider music community including industry umbrella body UK Music.