The single follows the release of fellow EP tracks ‘Caught Up & Confused’ and ‘It’s Over’ which garnered support from BBC Radio 1 (including the BBC introducing playlist), Amazing Radio and Radio X.

‘Say When’ is summer anthem packed with infectious lyrics about the feeling of being liberated. The song is yet another shining example of lead singer Abi Woodman’s signature lyric writing of brutal truthfulness that have become synonymous with the band.

Faced with the challenge of both being in the midst of a global pandemic and trying to record a debut album, the band found themselves in a tough spot when it came to the making of the music video for the track.

Lead singer Abi Woodman says of the track and video:

“We knew we needed to make a video for this song, as its one of our favourites we’ve ever written, but with Covid AND us being in the studio, working out how to make something became really hard.  Then we were introduced to Jodi and it all clicked – the song is entwined with this feeling of just letting go and releasing energy, and the choreography just seemed to capture it perfectly, it couldn’t have been a happier coming together.”

Following their 2019 debut ‘Love & Emotion’, the new EP is home to an overflow of passionate themes across four wondrous tracks.

Abi says of the EP:

“This feels like a poignant moment, not only as a band but in our personal lives too. These four songs were all written within a few months of one another and they mark a realisation of self-worth, desire and letting go. We’ve all had our fair share of successful and unsuccessful relationships through our 20’s so far, but the one thing that has stayed the same throughout has been this band and our friendship. We’ve really been each other’s rocks at times and this EP to us feels like an emergence. A bit of light. There is strength and weakness represented. This has really wrapped up a chapter of self-growth for us all and to have it out on Vinyl feels like a beautiful physical embodiment of that. Whoever you’re caught up and confused about right now, I hope this ep helps you find your power. It did for me.”

MarthaGunn consists of five best friends – Abi, Max, Humphrey, Ally and Frankie. They take inspiration from the likes of Fleetwood Mac and Haim. In 2019, they covered the length and breadth of the UK on their first headline tour, were hand-picked by Steven Knight to play Peaky Blinder’s Festival, and made appearances at the likes of The Great Escape, Bushstock, and Citadel Festival. The band have also garnered support from John Kennedy at Radio X and performed at his X-Posure Live summer and winter parties.

Like many bands in the current climate, MarthaGunn have had to radically change their plans.  Instead of touring the UK this March, vocalist Abi Woodman toured Instagram instead, playing a special set (including a locally sourced cover) on every date the band had previously been booked to play as well as offering card readings to fans.

Just in time for the release of this new EP, MarthaGunn’s UK tour has now been rescheduled to March 2021. 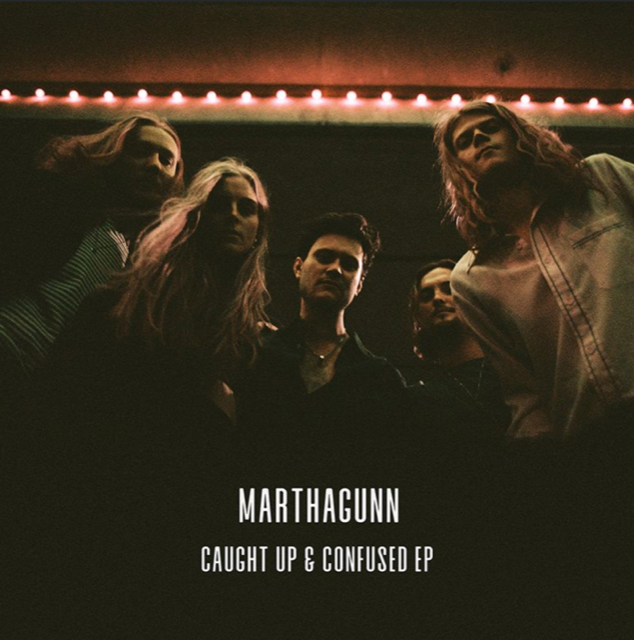