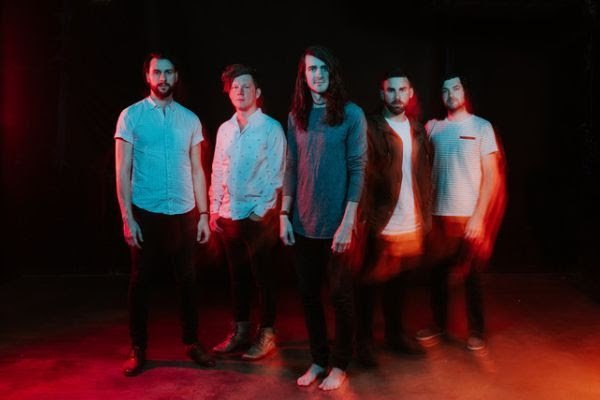 Mayday Parade have shared the music video for “Looks Red, Tastes Blue” – the most recent video to drop from last year’s album “Sunnyland” (Rise Records). Mayday Parade drummer Jake Bundrick shared a few words on the video, which plays on human connection and the band’s commitment to uplifting their fans:

“We wanted to make a video that connected our fan base even more and ‘Looks Red, Tastes Blue’ was the perfect song to give us that opportunity. No matter what you’re going through in life, we’re there for you. We’re all the same and we’re more connected in this life than you know. We’re family”.

The band will also play headline shows across Europe this August. Check out the tour dates below.

“Looks Red, Tastes Blue” is just the latest visual offering from “Sunnyland“. Since the album’s release last June, in between a full run on the final nationwide Warped Tour, the massive headlining Sunnyland Tour last fall, and several shows across Asia and Australia earlier this year, the band has released videos for “Never Sure”, “Sunnyland”, “It’s Hard To Be Religious When Certain People Are Never Incinerated by Bolts of Lightning” and “Piece of Your Heart”.