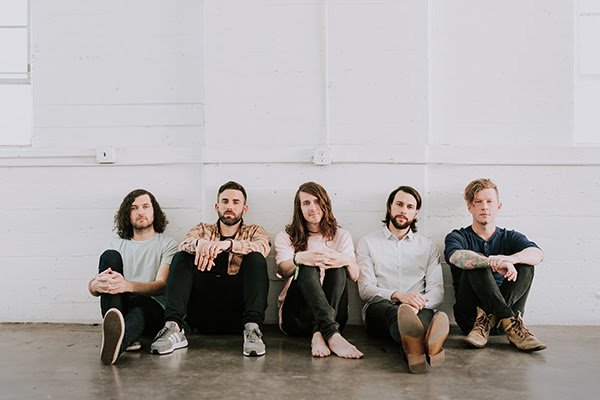 The concept for the video was dreamed up by drummer Jake Bundrick: “‘Never Sure’ always gave me a feeling of energy and it only seemed appropriate to make a video that not only included us performing live but also included behind the scenes footage of the band being ourselves while on tour. I remember seeing videos on Instagram of Chris’ work (@ChrisBlockd) with Neck Deep, 3OH!3 and Don Broco and I just knew he was the man for the job. It was an honor to work with him and I think he gave the song even more life in the form of a video. Enjoy!“.

The rollicking track and video highlight the live energy that has cemented the Tallahassee, FL five-piece – Derek Sanders (vocals), Jeremy Lenzo (bass), Alex Garcia (guitar), Brooks Betts (guitar), Jake Bundrick (drums) – as road-favorites over their career. “Never Sure” comes from their most recent album “Sunnyland“, which was released in June of 2018 via Rise Records and debuted at #7 and #9 on Billboard’s Alternative and Independent Albums Charts, respectively.