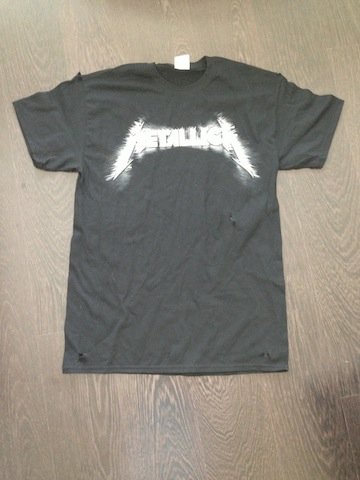 As always, the band delivered what the audience was looking for……great music, great fun and interaction with the audience.

Metallica shows are not just like any other of a (famous) heavy metal/hard rock band……after 33 years spent doing gigs the band has still a lot to give and the public knows it!

A lot of bands are just jumping in to the stage, rock hard, doing their set list and then jumping on a plane….Metallica are not like that, they want to interact with their fans and they are pushing them to enjoy as much as they can.

More than a concert is an experience, for a night the public becomes the fifth member of the band.

Temperature was very high, not only because of the incredible crowd, but also because it was a very humid night, so humid that Kirk Hammet was not able to play properly Nothing Else Matter because his hands were literally slicking on the strings!

As Rock Your Lyrics we had the opportunity to see them again after exactly one year from their first gig in the Middle East, this time a lot more people came and , believe us, it was just crazy.

Crazy like the decibel that were achieved by the massive amplifiers installed in the Abu Dhabi arena; the day after our ears were hurting badly ( no, we are not getting old….) ….it is just part of the deal!

As always, we made some video for you, on our YouTube channel we posted “One” and “Nothing Else Matter” http://www.youtube.com/user/TheRockyourlyrics

We want to leave you today with an amazing statement said by James Hetfield during the show : ” No matter if it was a bad day or a great day, music will just help you to make it a greater day or to forget about the bad things that happened to you”.

We truly believe in it and we thank Metallica for the great show…..they made our night and the one of all the fans that reached Abu Dhabi from all Middle East.