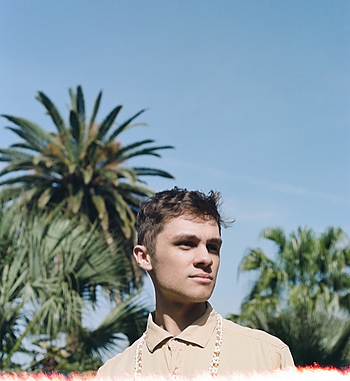 Micah Manaitai Releases New Single “She Calls Me The Moon”

Meet soul/pop singer songwriter, Micah Manaitai. He is thrilled to unveil his new single,“She Calls Me the Moon.”

Micah says, “I wrote this song in tribute to a connection with someone beyond romance, even friendship for that matter. It’s a loving relationship seated in respect, appreciation, and admiration. The love I’m talking about in the song is similar to the experience of a divine or unconditional love. It’s like the love expressed by a mother, grandmother, older sister, aunt, etc… It’s familial but not necessarily by blood.  There’s a lot of power in the ‘she’ pronoun and its relationship to that type of love and it was important for me to explore that.”

In support of the new single, Micah will be doing some local tour dates. See all dates below and be on the look out for more to be announced.

Micah Manaitai writes music for the people who aren’t sure which box to tick on their standardized forms. Born on Guam and raised in St. Louis, the 23 year-old artist, producer, and songwriter bridges the gap between two cultures that are equally important to him: that of the mainland and its oft-forgotten sibling island. Micah’s most recent release, “Inner Voices” is a love song to his community and brings an unprecedented level of soul and emotional depth to this Chamoro classic. His reimagining of this beloved song is a deliberate attempt to bring “Inner Voices” to a younger, modern, and culturally dynamic generation on the island, while still paying respect to the brilliance of the original performance.

“Inner Voices” – the music video – has received over 165k views across video platforms and 43k streams across streaming platforms. Micah was also asked to compose the score for the official welcome video at the first ever Guam History Museum that opened in April 2018. He opened for The Expendables at The Big Reggae Show on Guam and has been featured by Sofar LA, Tenants of the Trees, local instrument shop The Guitar Merchant, Republic of Pie, and by the dance collective The Gentle Ladies.