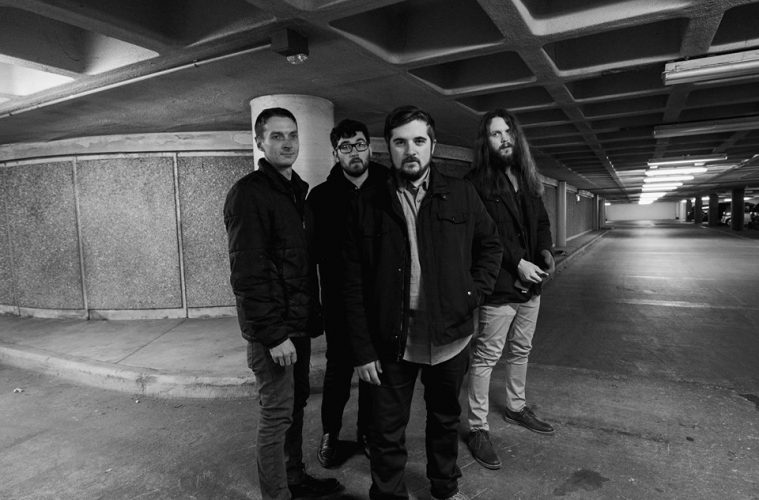 How do you usually write the lyrics of your songs?
Whatever falls out of my face, normally. I love that. I love allowing my body to lead the way in that moment of inspiration. Typically, I’ll already have the chord progression down, and I’ll just jam that until something fits itself in. I’m rocking back and forth on the couch and mind and body swirl together to make a statement. I don’t like writing poems, I don’t like getting so far into lyricism that it becomes pretentious or overly geared towards the listener. At the end of the day, I write music for myself. It’s my therapy and my drug. It keeps me corrected. So, I end up writing lyrics that step in and out of reality. I keep one foot in the abstract and the other firmly on the ground. Keagan and Shad will write lyrics sometimes too. Like for the song “Dropping Anchor” Keagan wrote basically all of those lyrics. On the song “So Below”, Shad wrote the chorus. But most importantly, we want things to be catchy and fit the soundscape of the instrumentation. The delivery, canter, dynamic, alliteration, etc. is derived largely from the structure of the song. What does the moment call for? Is it time to be catchy or is time to dial it back and leave them hanging? I fit the words so I’m helping myself therapeutically under the guise of abstract lyricism. I don’t want anything to be transparent with the lyrics. I want you to have to listen to understand what’s going on and decide for yourself what you think the song is about. That has been very rewarding, by the way. People will hear a new song, come up with a meaning that connects to their life, and fall in love with that meaning. Even though most of the time they are way, way off track from what the song means to me. Its cool because it seems I’ve written things so they can have several meanings at once and it has been alluring to a lot of people.

In your opinion, what is the most important thing in songwriting?
Doing what feels good. Don’t fight the feeling! Roll with it, capitalize on it. Music is about feeling not thinking.

Are you ever scared of revealing aspects of your personal life/experience to strangers through your music?
Absolutely! That is the single most terrifying thing about this game for me haha.

What is the best lyric that you ever wrote (the most meaningful for you)?
From the song “Buzzed”

Buzzed to the ceiling, up and down for days
I get older in younger ways, but I feel the same”
A coyote in the city was a self-titled cynic,
Should’ve seen it, she was walkin’ with the windows always
Open to the blowin’ of the soft, sandy haze

And “Midwest Sun”?
Same damn thing. That fun havin’ will get you every time.

Do you remember the day you wrote “Feel Alright”?
No way.

Is there a link/a common theme among the songs of the new album?
The new album is titled ‘Cosmonaut’ and the theme is about being lost in outer space.

What is the best suggestion your producer gave you?
To have fun. Haha I keep saying that over and over, but I do so much better when I’m having fun in the studio, I think we all do. And luckily, we are close friends with Nick Nativo so having fun there is a daily habit. The Nook Recording Studio is like a luxury retreat for us haha.