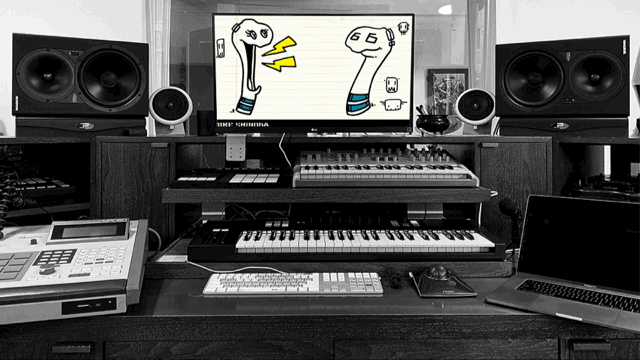 Linkin Park‘s Mike Shinoda has just dropped a new solo album, one that he has created involving his fans. ‘Dropped Frames Vol. 1‘ is out now. Buy/Stream it HERE.

Shinoda has also dropped the video for his first single off of the new record – “Open Door” featuring 7 of his fans: Ai Mori, Debbie Darroch, Jessy Boray, Joar Westerlund, Pershard Owens, Sage Douglas and Slava. He selected them through the #SingOpenDoor contest launched on his socials.

“Dropped Frames Vol. 1” has been created entirely on Mike Shinoda’s daily Twitch live streams during quarantine. The artist is tuning in live every week day around 10 AM (PST). Make sure to catch him working on his next tunes on: https://www.twitch.tv/officialmikeshinoda

Shinoda is planning to release more music from his streams on a series of albums:

“In March, when quarantine began, I started creating music live online. In addition to bringing the fans together for a daily conversation, the live streams inspired dozens of unexpected genre mashups and theme ideas. I’m excited to announce the release of my first batch of these instrumental songs.

My album “Dropped Frames Vol. 1” will be coming out July 10th. Leading the release is “Open Door,” a song that started out as a challenge called #singopendoor and evolved into a track featuring 7 fans from around the world.

“Open Door” is the only vocal-led song in the album. In times like these, when so much is being said, I felt an album of wordless tracks might hopefully give fans a place of respite—a break from the chatter. Listen to them while you chill, while you work, while you paint, while you eat, while you play…wherever they fit into your life.