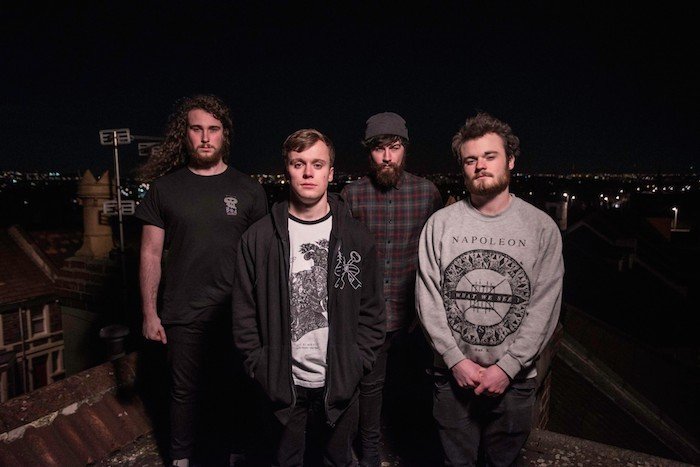 Monster Under The Bed – interview with MONTROSE

RYL: Your new album is titled “Monster Under The Bed”, what it means to you lyrically speaking?

Montrose: Lyrically speaking, it’s a lot of self reflection on my part really. Anything that plays on my mind, I put into songs, and this is just a collection of that.

RYL: Tell us everything about the song “Underperformer”?

Montrose: So, Underperformer lyrically is basically a self analysis on how I know that I screw up a lot, make a lot of mistakes and am basically in a constant battle to fix the wrongs that I make.

There’s no secret, hidden meaning or anything too deep, it’s just a raw and honest track on how I feel towards myself. Musically, we just went for a “big” and “chunky” sound, just wanted a write a song that’d get people moving!

Montrose: They’re just whatever is playing on my mind at the time really! So it’s a lot of self reflection about the way I am and the things I do, but there are also songs about things I’ve seen my friends and family go through too.

I never used to write songs about anything to do with myself, but on the new EP that changed.

RYL: When you first started to make music?

Montrose: Together, in our current line up for about a year. Individually though, it’s been something we’ve all been involved with froma young age, and ‘Montrose’ formed originally in 2012.

Montrose: The music is written mainly by Sam coming up with a riff or idea, ercording a demo and then we all work on it at practice together and add parts, etc.

Lyrically, I never sit down with the intention of writing lyrics, I just kinda vent into my notes app on my phone about everything on my mind, and see if anything stands out in a way I can turn it into a song.

I do most of my song writing on the bus on the way to work, or at 4am, haha.

RYL: Do you remember the day you wrote “Walking Contradiction”?

Montrose: I don’t remember when we wrote it, but I remember when we first played it through together. It was one of those songs, that when it was finished we knew it’d have a great vibe in a live setting!

Montrose: It’s a combination of things really. It’s a good way of venting frustrations, but also to be creatively involved in something that other people seem to enjoy is one of the best feelings imaginable.

The most important thing is to remember to have fun whilst you’re doing it though.

Montrose: This is really hard to answer, I don’t really look at any verses I’ve written (lyrically) and rate them against others, but one of my personal favourites is Walking Contradiction, as that song is literal to the name.

Each line in the each verse contradicts itself, intentionally.

Montrose: It doesn’t have a name yet! But it’s really bouncy and back towards our more ‘pop punk’ sound. We really like it!

Montrose: We’re playing a bunch of shows around the south west, a couple in wales and hopefully a tour in August/September. All of these details will be announced through our facebook page though! (http://www.facebook.com/montroseofficial)

Montrose: Blush is pretty much about my lack of self control, haha. I seem to get myself into to trouble almost on purpose, just because it feels normal for me.

I always push things as far as I can and play with fire, but that’s not to say I’m a bad person! I just take risks, and that’s what the song is about.