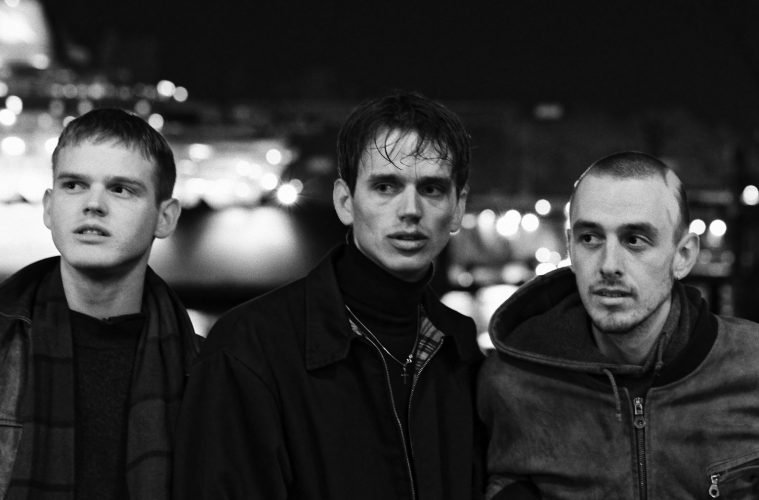 Most of the time I write over an early production sketch of a song that in its sound tells me something. I then sit at my laptop, headphones on, in the night and loop the demo over and over… until it feels as if it doesn’t start or end, but just is around me. And when the sound then in a way becomes one with the air or the silence in my living-room, I can whisper a melody out into the room. Sometimes this melody has a clear language and other times it’s just gibberish. Often this gibberish is what turns out to be the most interesting. When I try to translate it into real words, it’s still somewhat unpredictable and strange to me. Like it’s not me who has written it, like it always existed. For the most part my lyrics work well when I can sing them without understanding exactly what they’re about. This way I can put all kinds of meanings into them depending on the mood I’m in. The words become open shapes. Kind of in the same way I also think sounds are open shapes.

Believing in that what you write is sacred. That its existence is important and necessary. To me the hardest thing about being an artist, is believing that you in fact are an artist. I myself can sometimes find it hard to see the point in devoting such a big part of my life to writing a fucking song… it can be hard to see the purpose of it unless I believe in it – like I would believe in a God or something.

What else is there to write about? As I said it’s very important to me what language I use to tell about my life or my emotion at a certain time. If it’s described too explicitly or sentimentally only the language or the emotion will come through. Finding a balance between the two is what it’s about, I think.

The last sentence I sing on our forthcoming record is just about the most honest thing I have ever said. It’s a message to my parents that I never would have been able to give them without also singing it. I didn’t know that I felt this way until my voice sort of told me… very trippy experience.

What inspired “Morgensol“, your latest single?

The sun, the wind, the clouds, the sea, the rain, anxiety.

Do you remember the day you wrote “Sky”?

I believe I was sitting in my underwear for an entire day in a kitchen in an apartment and banging out power chords while humming the melody for the theme.

Are you working on a new album?

We have an album that has been finished for some time now and it will finally be released this fall.

“try it without reverb”

Hope to have the courage to take the stage and sing again.