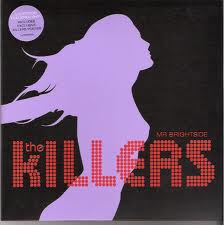 Rock Press defined them the new kings of rock and roll, their success in the last twelve years was so big that made them selling millions of copies.

One of the first successes of the band was today’s song “Mr Brightside”, released in 2003 as part of their first album Hot Fuss that is estimated to have sold over 10.000.000 copies worldwide.

Brandon Flowers, the singer of the band, and Dave Keuning, lead guitar wrote the song taking inspiration from a former girlfriend of Brandon that was apparently cheating on him.

In the verses of the song, he knows that she is cheating on him, that she kissed another guy and this makes him very jealous, while he tries to think about the bright side in order to save the relationship.

Obviously he will fail his mission, it was not just only a kiss……