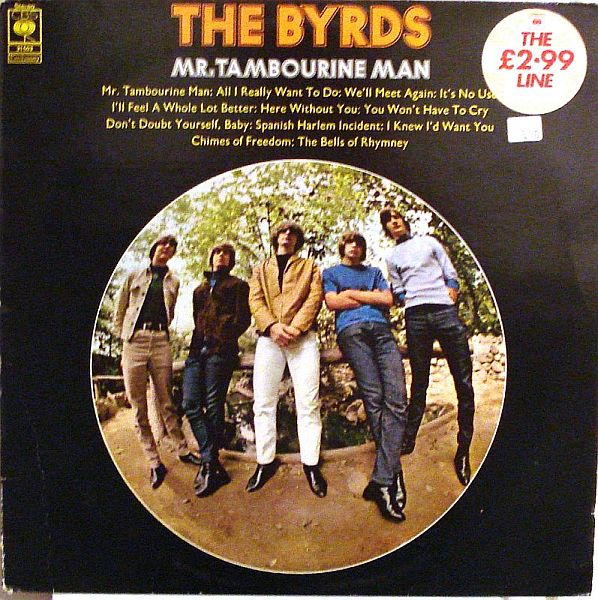 Finally we talk one state we love, California.

We are in 1964 and the band is funded by his frontman Roger Mc Guinn, Gene Clark (tambourine and vocals) ,Chris Hillman (bass guitar), Michael Clarke (drums) and David Crosby (guitar).

Mr Tambourine Man is part of the album that carries the same title that was released back in 1965 and it can be considered as a masterpiece of the Folk Rock movement.

Mr Tambourine Man was written by Bob Dylan during a trip from NY to San Francisco and take as inspiration his guitarist of that time Bruce Langhorne that was playing sometimes a very big tambourine.

Many other meanings have been given to this song, including the drug use, while Bob Dylan always said that this song is not talking about them at all.

This song is for those who don’t want to sleep and that they have no place where to go.

Bob Dylan will publish the song but also gives to the Byrds the possibility to do a cover that he will like a lot; the Byrds were very influenced by the Beatles and Rolling Stones songs.

The version of the Byrds is “easier” than the one of Dylan and will become an immediate success.

The funny part of this story is that the record of the Byrds will be released before the one of Dylan, it seems is the first case of a cover-song is relased before the original one.

The Byrds went trough a very difficult career , a lot of fights and changes of line up.

Their last album “Byrds” was released back in 1973 then its member decided to continue their solo career .