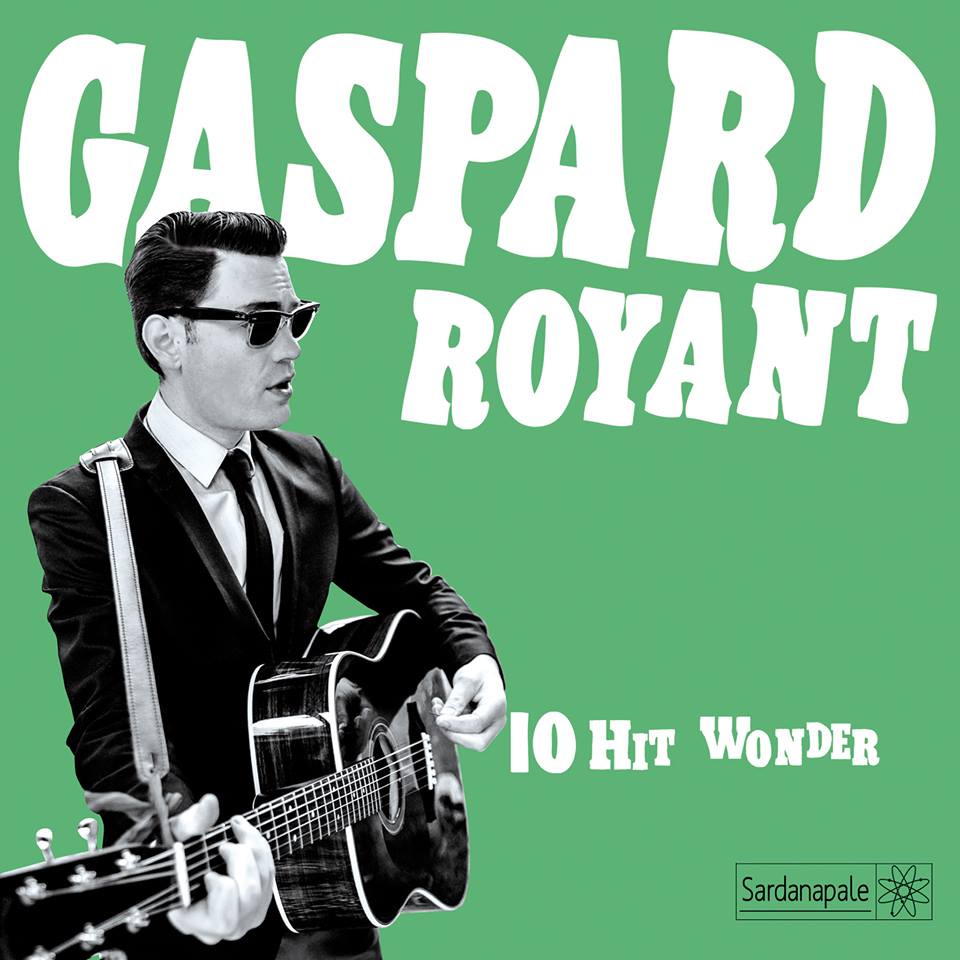 We are very happy today to have interviewed Gaspard Royant (https://soundcloud.com/gaspard-royant), a very talented singer that just released his new album “10 Hit Wonder”.

His sound is very particular, you will definitively enjoy going through all these new songs…it is like a long journey in to the roots of rock and roll.

RYL: “10 Hit Wonder” has been just released, how do you feel?

Gaspard Royant: I feel very excited and very proud of what I’ve just achieved. This album has occupied my mind for the last two years. I’ve first released several singles on 7” vinyls, like in the good old days. This album is the collection of those singles, along with some new songs. It was important for me to do it this way. Just like people did at the beginning of the record industry.

RYL: The first single from the album is called “The Woods”, this place truly exists?

Gaspard Royant: Actually “The Woods” talks about a murder that took place in my village when I was a child. I come from a small village in the French Alpes, surrounded by woods.

There was a painter, a kind of hippie/artist living there. One day our neighbor, a farmer, came to see the painter with a gun. He took him to the woods and killed him, and later he said he took him there because he didn’t want to disturb my family with the noise. I was just a kid and this must be one of my first memories. True story !

RYL: How would you define your music? It has a lot influences, to us the album is a particular journey between the sixties, seventies and eighties….

Gaspard Royant: I’m a big fan of the end of the 50’s era. The Doo-Wop bands, the girl bands, singers like Roy Orbison, Everly brothers,… but I like a lot of things in all decades. It’s almost like a family tree : in every decade you can find a band linked to the ones you love in the previous decade…

Gaspard Royant: It depends. For a song like “All the cool in you is me” the title came first. For a song like “Back to where we aim” I’ve had the idea of telling my story a bit like Don McLean did in “Miss American Pie”. I feel like it’s always different from a song to another. For “Marty McFly” the melody and the lyrics came simultaneously.

RYL: “Marty Mc Fly” is not only the name of the protagonist of Back to The Future, but it is also the name of our favourite song in your album…. Who is for you Marty?

Gaspard Royant: Marty is an old friend, one of my hero when I was a kid. Back to the Future is also one of my first trip in the fifties. There’s been many more since 😉

RYL: 2014 will definitively see you promoting your album in a tour…….Where the road will bring you?

Gaspard Royant: First, my musicians and me are going to tour in France, doing festivals. Then hopefully we should play some gigs in Europe. And after that, why not the world 😉

RYL: What is behind the lyrics of “The one you need”?

Gaspard Royant: “The One you need” is about the difficulty of being happy with someone when this relationship lowers your self-esteem. Even if you really love the person, you can’t be happy if it always reminds you how shitty you are. I love those stories in wich love is not the problem, but all the rest is.

Gaspard Royant: music doesn’t change life, it holds it together.

RYL: Do you prefer acoustic or electric guitar? Which is the best guitar you ever played?

Gaspard Royant: I play both and love them both equally. I play on a Gibson ES335 and on a Yamaha FG180 and they are really great guitars.

RYL: Explain to us the verse “This town is cou cou lets go back to the trees”, from the chorus of “Monkeytown”….

Gaspard Royant: “This town is goo-goo let’s go back to the trees” is from the song “Monkeytown”. This song is about Los Angeles, a city I love as much as I hate it. It’s a crazy city where you can find the worst and the best of the western civilization.

It’s very sophisticated and yet surrounded by nature. “Back to the trees” comes from a book called “The evolution man or how I ate my father”. That’s what an Australopithecus who doesn’t want to evolve keeps saying 😉

Gaspard Royant: I’d say “A-wop-bom-a-loo-mop-a-lomp-bom-bom” by the one and only Little Richard 😉