I love writing lyrics, but it t’s the kind of thing that I can’t really force too much.

I have to get in a zone where it just flows out or else it will sound contrived and just.. meh.

I like to be real, conversational and clever, but also add a bit of mystery.

One thing that usually seems to work for me: I always try to start with a great title and a concept, and once I have that ‘world’ that I can step into, the rest comes easily.

What inspired the  single “Right Through Me”?

Funnily enough, it’s one of the few happy songs I’ve ever written, I have a computer full of heartbreak songs. But this one came to me pretty easily, I literally wrote it this one evening in my PJ’s haha!

It’s inspired by my husband: When I met him, I was so terrified of love and relationships that I was trying incredibly hard to ignore my feelings and push him away.

He would just kind of laugh at my attempts and say all the right things at the right time, just waiting for me to realize we were meant to be together and this time it would be different.

The best partners are the ones who see you for who you are and call you out on your bs, right? :D) 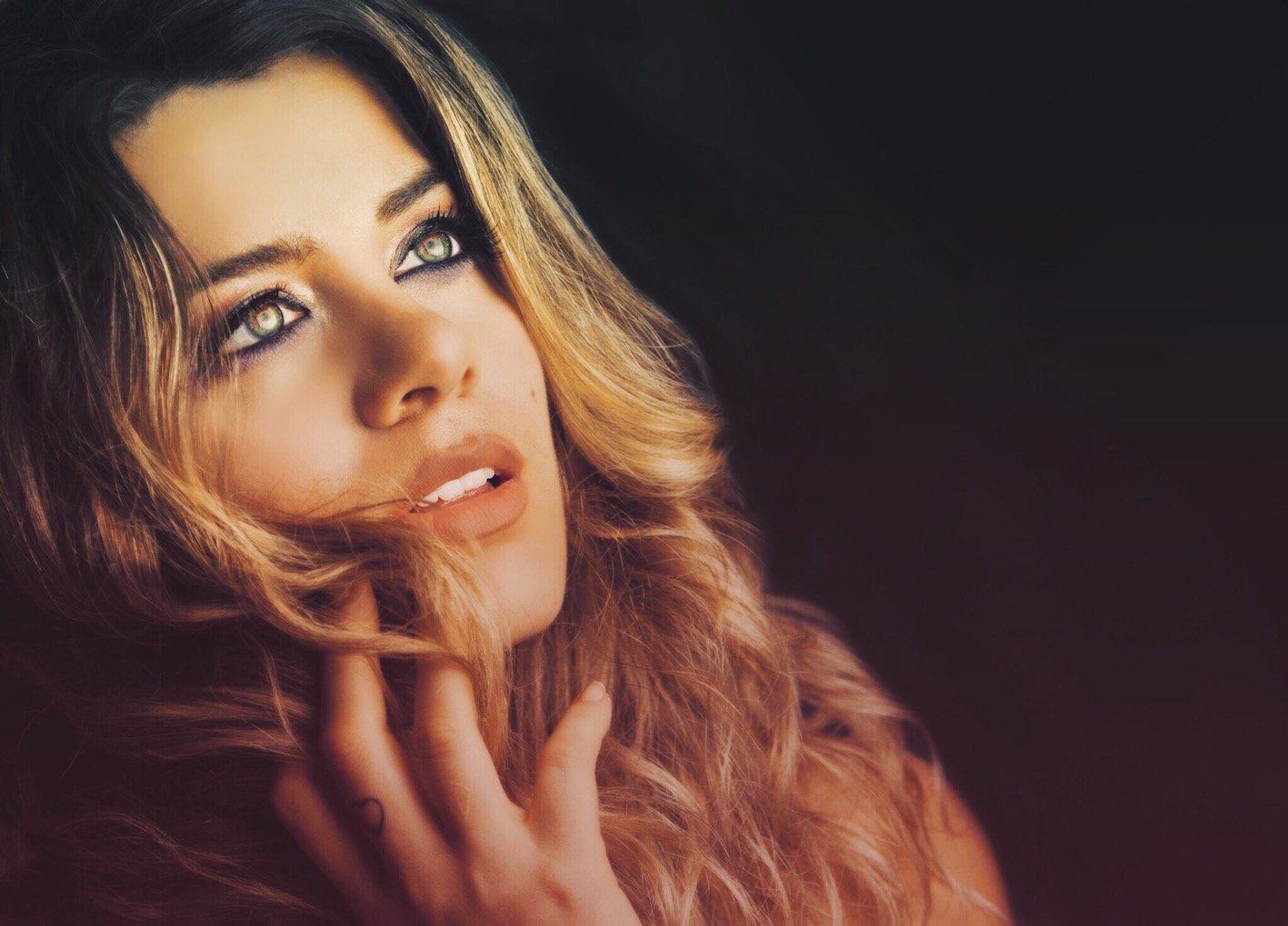 Hm… I like to think my best stuff is still coming, and there are some lyrics I’m superexcited about on my upcoming EP.

Something from the past: a phrase I really like from my song ‘Electric stars’ is

I really think I get it now

That track was inspired by the feeling of being on a legit stage for the first time and feeling such a sense of unity with the audience. Most magical feeling ever 🙂 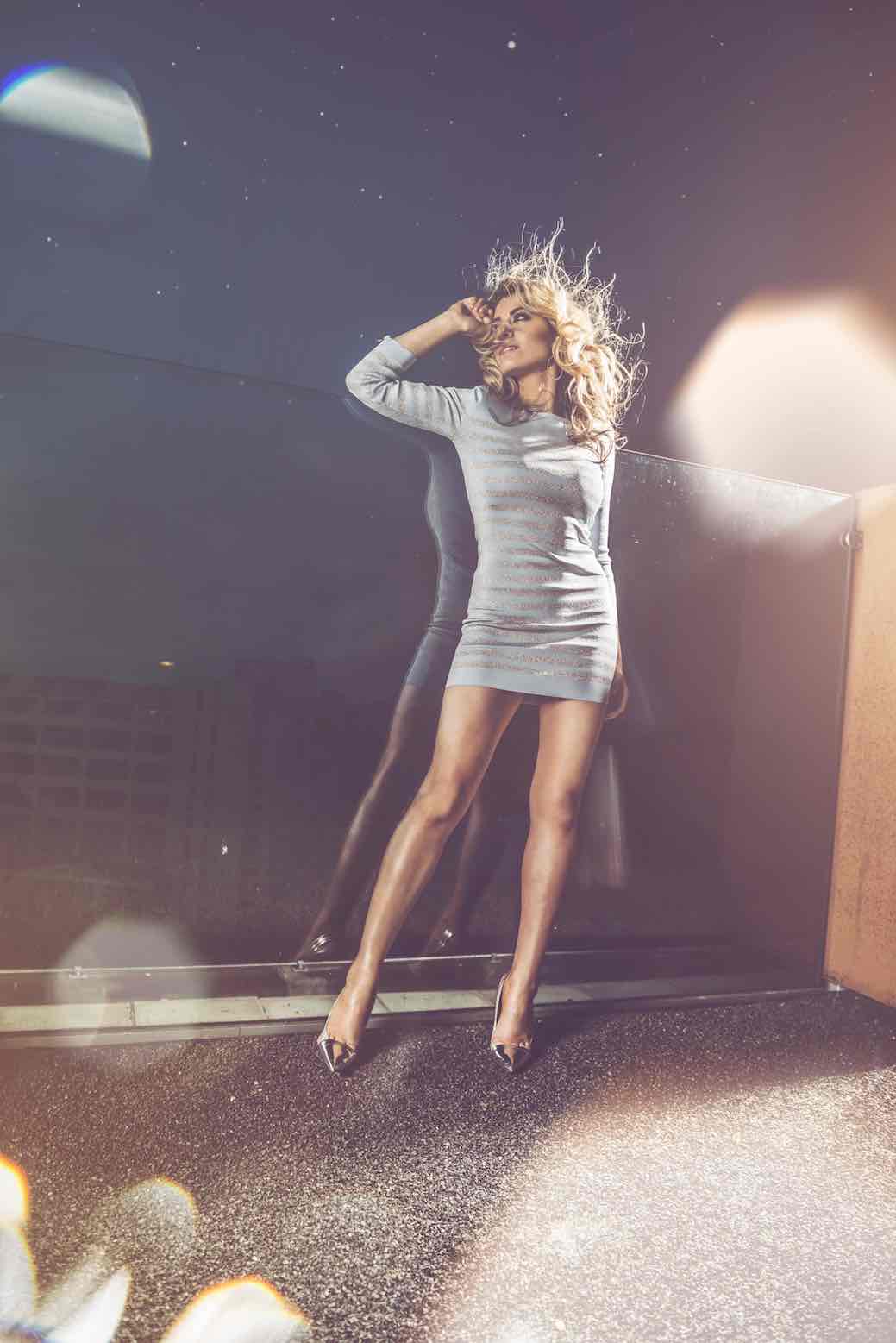 When is last time you wrote lyrics for a song?

The last song I wrote was a co-write with Donnie Scantz, for a young, supertalented artist I’m developing, Rachel Harris.

I really enjoy writing for other people.

My first career was as a psychologist, and in a writing session for others, I kind of get to be in that role again. I just ask the artist: ‘What’s on your mind?’ I let them talk and talk until the real stuff comes out and then I write down the phrases and words that feel like a lyric to me.

What is your favorite song (not written by you)?

Oh wow, that is impossible to answer… I’ve got millions! I’m obsessed with eighties and nineties songs. ‘Anytime you need a friend’ – Mariah and, well… literally all MJ songs still do it for me.

More recent stuff, I love ‘The worst’ – Jhene Aiko, ‘In the silence’ – JP Cooper, the whole Bruno Mars catalogue, anything by Max Martin and so so so much more.

I’m into songs that are emotional but at the same time rhythmic and not tooooo trendy.

How was your collaboration with Manse for the song “where we want to be”? What this song means for you?

This song was created with my favorite writing duo, Tim Boomsma & Dennis Baffoe. We’ve done some cool things over the years, like ‘Electric stars’ and ‘Lose control’, which was a superfun collab with Katfyr. I’ve never actually met Manse, but we talked a bit on Insta messages.

He seemed really nice, and I like what he did with the track.

When you will release your new album/ep?

Hopefully soon! I have an EP ready to go, and I’m so excited about what we’ve created. They are really special songs, pop with a touch of magic.

I’ve been overthinking the promotional strategy so much though. I need help, please send an adult lol.

What does music mean for you?

When you bought your first record? Where was it?

I think the first record I bought was either ‘Keep the faith’ by Bon Jovi or the Bodyguard soundtrack. After that, I became seriously obsessed with Mariah Carey.

Let’s now talk about a different concept you created called “vocal psychology”…..can you tell us more about it?

Absolutely! Vocal psychology is something I’m very passionate about.

It’s based on the idea that our job of a singer is to tell a story and convey a real emotion.

One of my hobbies is to look for new talent online, and honestly…while there are a lot of amazing singers out there, only a handful of them really move me.

We often stand in our own way, too focused on ourselves because we’re self-conscious. I think a real artist knows how to create an experience for their audience.

So what I do is work with artists who really want to bring out the best in themselves, I give them the tools and techniques to do just that.

I teach them how to hit the difficult notes AND how to put in that genuine emotion AND I help them build up their confidence.

It’s incredible to see the results: my students have now released on major labels, and are taking huge steps towards their goals.

You need to live in LA or USA to have access to the courses?

Nope! In fact, I do these coachings mostly online 🙂 And since you’re asking…I’d love to offer 10 of your readers a discount code!