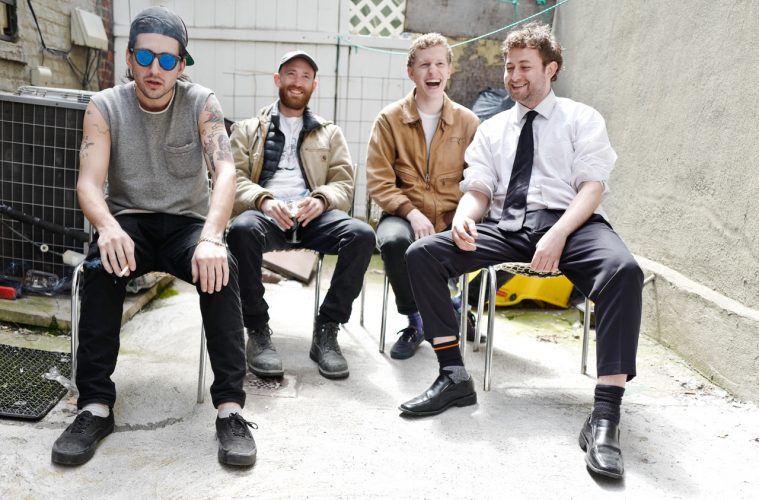 My Bad – Interview with Max Kagan and Mark Fletcher – Stringer

rockyourlyricsJuly 24, 20180 views
Rock Interviews0 views 14 min read
How do you usually write the lyrics of your songs?
Mark: Writing lyrics is the most anxiety-inducing aspect of songwriting for me, resulting in me either writing them (basically for the first time) on the subway en route to a “real” session, or sitting down & forcing myself to come up with something after laying down all the other instruments in garageband. Admittedly, I second guess myself too much, but I think the former ends up as a better because of the fact that I have less time to edit/frantically re-write. Editing lyrics as I record vocals is good for me because time is money & that means I’m forced to decide, and quickly too. Limiting oneself is important when it comes to anything creative, I think. Too many options, or tons of time to decide, is rarely good for me.
In your opinion, what is the most important thing in songwriting?
Max: To me, it’s that after the sausage making, having a song that when played solo and completely unadorned is still a song. And for that song to have some purpose, some catch, story or overarching reason to exist.
Are you ever scared of revealing aspects of your personal life/experience to strangers through your music?
Mark: Of course. All about keeping things left up to interpretation without denying that the material can be personal.
What is the best lyric that you ever wrote (the most meaningful for you)?
Max: On the song “USA” there are a few lines I wrote while we were touring trough the middle of Pennsylvania in August 2016, in awe of the sheer number of Trump signs.
“as we move through the stories the billboards hide, what American miseries we drive by, while a million voices scream to me all at once, it’s so great in a disunited state, where whatever I think is wrong and whatever I’ve known is wrong”
I don’t know if it’s the best or most meaningful lyric I’ve ever written, but it always evokes that terrible place and time for me.
What inspired “Ghosts”, part of your latest album “My Bad”?
Max: The So So Glos, The Beastie Boys and Ben’s Pizza on Spring St.
And “Swimming”?
Mark: Swimming is a song about the 6 people I lost to heroin in 2016. The title, as well as the chorus, reference the way my friend Seany G once described the high to me. May they all rest in peace.
Do you remember the day you wrote “Rachel”?
Max: Yep, it was the day after I met a girl named Rachel
What was the best moment of your career? And the most difficult one?
Mark: They were one in the same: when Stringer got to play the very last show at the Meadow St. location of the venue that our best friends opened in 2009, Shea Stadium. They were unfortunately left with no choice but to close in June of 2017, but will reopen soon in a new location. Lots of mixed emotions that day.
What are your plans for 2018?
Mark: Tour the hell out of this album. Write, demo, & maybe even record the next one.
To conclude the interview a short Q/A session, please answer the first thing that comes to your mind: