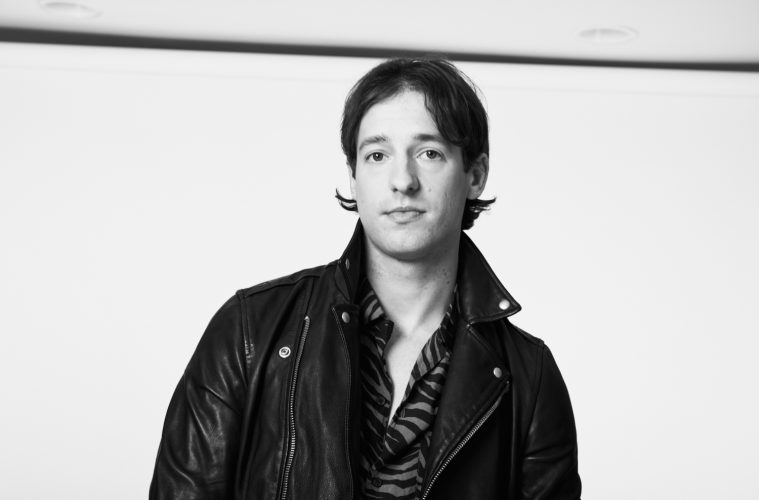 EDGEOUT Records and Pop-Rock outfit The Revelries are excited to present the music video for “So High,” the latest single to be released from the emerging Nashville-based band. Produced by GRAMMY® Award-winning producer Matt Wallace (The Replacements, Faith No More, Maroon 5) and Logan Maggio, “So High” is an anthem about finally experiencing that next-level kind of love and follows the release of the band’s previous single, “Little Things.”

“It’s about finding that cliché, over-the-top, Hollywood movie screen, intoxicating, fireworks-going-off-in-the-background type of love,” frontman Beau Bailey said. “I wanted to write a song that was meant to be heard on a huge festival stage with the sun going down and the light show kicking in. This is 100% that song.“ Watch the music video for “So High” on YouTube and stream the song on all platforms HERE.

True to the definition of the word, The Revelries bring full-sounding, guitar-driven Pop-Rock that recalls the sound and influence of successful Eighties Arena Rock, Power-Pop and Alternative artists. The brainchild of 24-year-old Monroe, Louisiana-bred vocalist/guitarist Beau Bailey, The Revelries began in a dorm room during the fall of 2016 at Louisiana State University and transformed into an outfit that would perform its own version of high-energy, U.K.-style Pop-Rock to audiences in local Baton Rouge dive bars to private events and venues all across the Southeast.

The Revelries would go on to release its first two singles, “Blonde Hair. Blue Eyes” and “Abbot Kinney,” in 2018. Following the release of their first two singles, the band went back into the studio in Nashville to record their debut showcase with GRAMMY®-nominated producer/engineer John Rausch (Taylor Swift, P!nk, Moon Taxi), and in April of 2019, their debut EP, ‘After 7,’ was released.

In January of 2020, The Revelries signed a development deal with EDGEOUT/UMG and entered into their program THE STUDIO, a development program designed to discover, vet and sign young radio-friendly rock bands and artists that pose the best potential to becoming transcendent.

The band would then make a cross-country trip out to Los Angeles to record their next project with GRAMMY® Award-winning producer Matt Wallace (The Replacements, Faith No More, Maroon 5) and have released three singles in 2021, “So High,” “Cliché Love” and “Little Things,” a track that was featured throughout the 2021 Stanley Cup Playoffs during game broadcasts, highlight reels and commercial bumpers on NBC, NBCSN and NHL Network in the U.S.; Sportsnet and TVA Sports in Canada; and across the NHL’s social media channels. The song was also selected to enhance the presentation of this year’s King Clancy Memorial Trophy, a spotlight on the league’s player who has exhibited leadership and humanitarian excellence within their community.

The release of “So High,” “Little Things” and “Cliché Love” signifies the perfect introduction for an outfit in 2021 whose focus remains on the future. “I’m an artist and songwriter from Louisiana that plays a style of music you wouldn’t expect,” Bailey said. “My goal is to create an atmosphere so contagious that everyone wants to be a part of it.”

The Revelries will be making the following appearances this month. Dates below with more to be added soon.