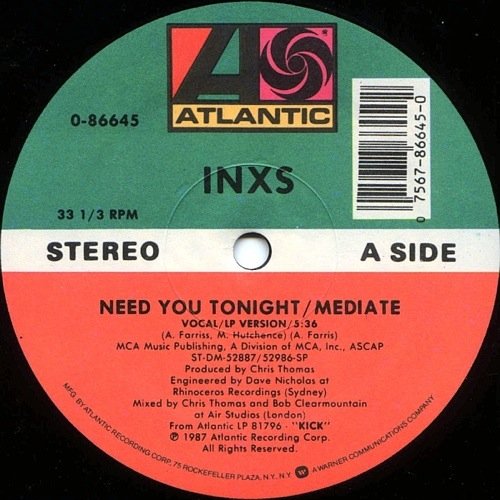 In Excess……..that’s the way it should be pronounced…..it is a rock band coming from Australia and created back in 1977.

The name comes from Garry Morris, their manager, that saw a English band called XTC and a brand of jam called IXL…well, don’t ask us why he put together the two names or how comes he did it…….that was the creation of INXS.

Unfortunately Michael died very young at the age of 37 as a result of a suicide caused apparently by abuse of alcohol and drugs.

Hutchence had a lot of friends among the rock stars that dedicated to him several songs, the most symbolic one was the one done by Simon LeBon of Duran Duran that wrote the lyrics to the song “Michael, You’ve Got A Lot To Answer For”.

The song was released on 1997 in their ninth album Medazzaland….weird enough it ends with the line “And I know that you’re going to call… if you need me.”

Most probably that call was never done by Michael that was found dead less than a month after.

INXS then started the research for a new singer but it hasn’t been very easy….. they even did a reality show in order to make it.

One day Andrew Farriss was in the cab heading to the airport that would have taken him to Hong Kong, suddenly the riff of the song started to come in his mind…..no matter if he was going to lose the flight he asked the cab driver to stop and to wait.

He went back to his house , recorded the riff, and came back to the taxi, that was still there as it was there the plane that brought him finally to HK.